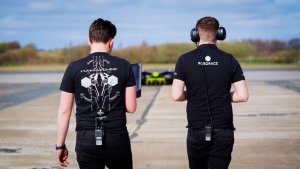 The Robocar was designed by a car futurist who had previously created Tron Legacy and Oblivion vehicles for Hollywood sci-fi blockbusters.

The car measures 4.8 m long and 2m wide, weighing in at 975 kg, and features four engines weighing 300kW each. It utilizes a number of technologies, including radar, ultrasonic sensors, AI cameras, and speed sensors, to “drive” itself. 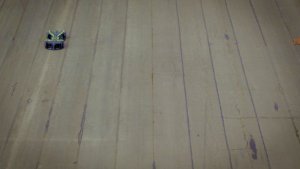 Roborace, a British startup, hopes that racing teams will all use the same Robocars in the future, but create their own AI driverless software to obtain a competitive advantage.

“Whilst pushing the boundaries of engineering, we styled every single part of the Robocar“. 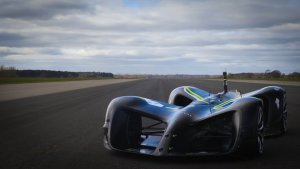 Last year, when it became the first self-driving car to finish the hill climb of the event, Robocar also wowed at the Goodwood Speed Festival.