Ask yourself if you’re speaking to a robot or a human when you’re ordering something from McDonald’s. McDonald’s took a move this week to automate how it handles your order when it acquired artificial intelligence company Apprente.

In 2017, the Silicon Valley-based startup was established to produce voice-based platforms for “complicated, multilingual, multi-accent and multi-item conversational ordering,” which McDonald originally plans to integrate into its drive-thrus. A few restaurants have already tested the system.

McDonald’s said they hoped to later add the technology to their phone orders and kiosks. 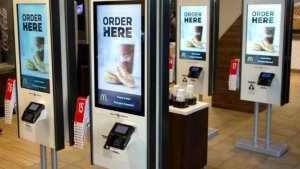 “The talented team of apprentices and the software they have created will form McD Tech Labs, a new group incorporated into our Global Technology team that will take our innovation culture one step further,” said Steve Easterbrook, chairman, and CEO of McDonald in a release.

Previously, the fast-food giant purchased Dynamic Yield, a machine-learning firm whose “decision logic technology” subtly tweaks menu displays based on outside factors such as daytime, weather, and traffic, as well as proposing additional items to add to your order.

So machines are basically going to push you to get fries and a Large Coke. It also invested in mobile app maker Plexure to work on its Global Mobile App.