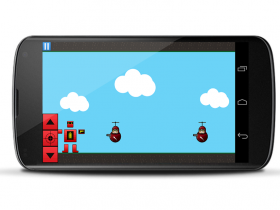 As of the second quarter of its financial year, American chipmaker AMD (Advanced Micro Devices) announced a record-breaking rise in its market cap. The tech giant crossed the market cap mark of $100 billion, rising to new heights as its main competitor Intel faced delays in the development phase of 7 nm chips.

On the other side, AMD markets TSMC-manufactured silicone, one of the biggest players in the chip manufacturing industry. Since of this, the American chipmaker will easily sell goods based on the 7 nm process.

As for the market cap, AMD has now passed the $100 billion mark and its share price has now hit a new peak of $85.8. The share in the free market rose by more than 9 percent, reflecting a 57 percent rise in just one month.

Experts say AMD can only expand its lead in this area because of the difficulties that Intel faces in the 7 nm manufacturing method.

They added that the market share of the company could hit as much as 50% within a year, and if that happens, the per-share earnings will hit $6.75, which is an impressive growth level.

AMD is looking forward to a bright future as the company expects to launch Ryzen 4000 Desktop CPUs and Big Navi graphics later this year as well. According to unconfirmed reports, it would allow products to increase performance-per-watt (PPW) by a whopping 50 percent and this will only increase its lead further.