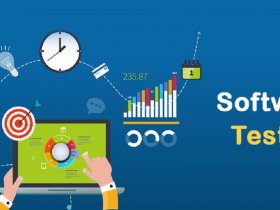 A famous Taxi company on the concept of decentralization with no cars at all, Careem has recently launched a carpooling feature that appears in the app as a “Go Share” option.

The feature is quite a budget-friendly for those users who prefer economical rides without having to compromise luxury, as it allows them to save around 40 percent compared to the regular fare.

For now, the option is only available for Lahore but it will be made available to the other cities as well.

Careem’s carpooling service allows the rider to share a ride with other users who need to go on the same route to split the fare. To book the ride, you need to select the “Go Share” and book only one seat, once you are done with that you have to wait for other users around to book the seats. It would take more time than usual as the Careem’s captain needs to pick up and drop off other riders on the way.

The ride can only be shared between three riders and the fare would not cross the guaranteed price limit, unaffected by traffic or waiting time.

The service is helpful for those users who need to travel on the same route daily, including students and office workers.

But it appears like, this feature is not going to create any difference for Careem. In our country, where people are less likely to tolerate and trust in others, introducing such services is a dope idea. We as a human, don’t even manage to pay respect to Careem drivers, how possibly can we tolerate other unknown people around, without being bothered by time consumption in dropping them on their destinations on the way. We as frustrated people will lose all our tolerance if the next person, the driver needs to pick from his/her locality belongs to a less privileged area than our own society, asking him to cancel the ride by making excuses for time shortage, bad road conditions and etc, a stuff, we sometimes hear from Careem’s captain as well.