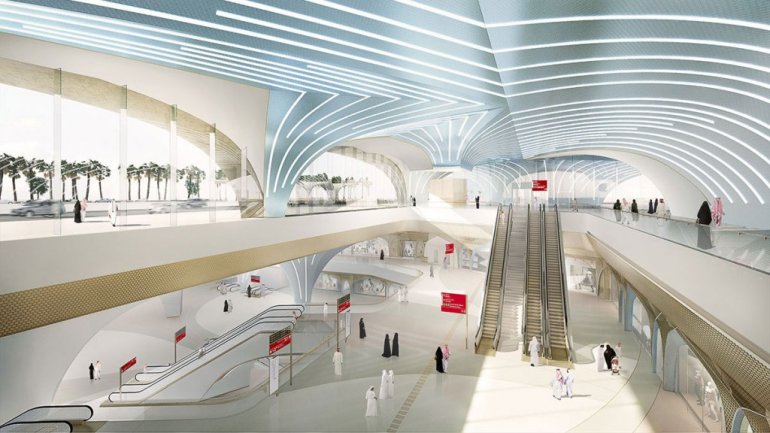 Qatar opens its first ever metro for public

Turkey will start its own operation to develop a “safe zone” in northern Syria if talks with the United States fail to let Turkish troops control the area “within a few weeks”, President Recep Tayyip Erdogan has announced.

“We do not have too much time or patience regarding the safe zone. Within a few weeks if our soldiers do not start controlling this area, there will be no other option left but to implement our own operation plans,” Erdogan said on Saturday during a speech in Istanbul, mentioning his reminders to Washington to go ahead with the promise to establish the zone.

The US-Turkey deal for the establishment of a safe zone committed earlier this month to deescalate tensions between Turkey and US-backed Kurdish-led forces over the Syrian border in war-torn Syria that Ankara perceives as a terrorist offshoot of the PKK.

On Aug. 7, Turkish and U.S. military officials agreed to set up a safe zone and develop a peace corridor starting from the Euphrates River to the Iraqi border to facilitate the homecoming of displaced Syrians currently living in Turkey to their country and facilitate security for Turkish border settlements and military outposts.

The details of the plan are still unclear as is the size of the disputed “safe zone” and how it will be managed or divided.

In his speech, Erdogan did not say what the plan would entail, but he has already warned that Ankara would mount a cross-border offensive on its own to clear the Kurdish People’s Protection Units (YPG) militants from its border if necessary.

US President Donald Trump first proposed a “safe zone” last year, and announced plans to call US special forces back from northern Syria. But he later suspended the plan to ensure Washington-Kurdish relations would be sustained.

Relevant: Turkey to start operation in Syria if the USA’s promised safe zone is not established