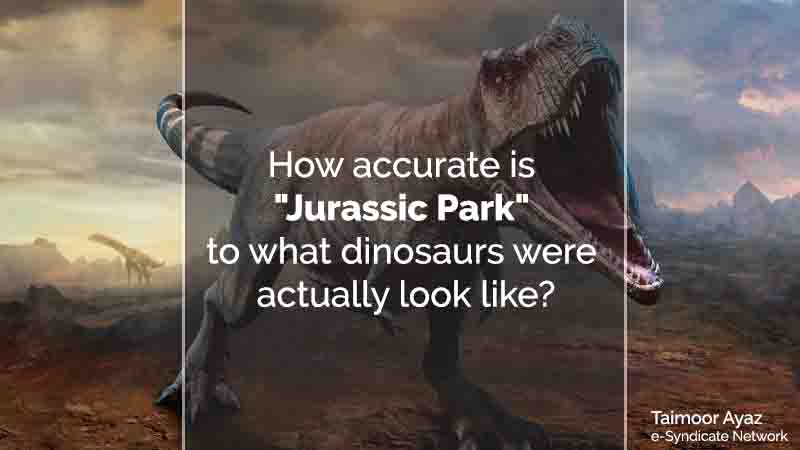 How accurate is “Jurassic Park” to what dinosaurs were actually look like?

Cameron Boyce, the actor best known for his role in the “Descendants” TV movies on the Disney Channel, died on Saturday after a seizure while asleep. He was twenty.

Reactions are propagating as the world wakes up to actor Cameron Boyce’s death news. Through the Disney Channel, many of his fans grew up with him, so his death was especially personal.

“The world is now undoubtedly without one of its brightest lights, but his spirit will live on through the kindness and compassion of all who knew and loved him. We are utterly heartbroken and ask for privacy during this immensely difficult time as we grieve the loss of our precious son and brother.” his family said in a statement.

The seizure resulted from a “continuing medical condition he was being treated for,” his family said without going into more details.

In the 2008 horror movie “Mirrors,” Cameron Boyce made his acting debut at the age of 9, and two years later he played Adam Sandler and Salma Hayek’s son in “Grown Ups” and its sequel before starring in the Disney Channel series “Jessie” for four years. He also appeared on several other shows in Disney, including “Good Luck Charlie,” “Austin & Ally” and “Liv and Maddie.”

But in the musical trilogy “Descendants,” he was most recognizable as the teen son Carlos of Cruella De Vil, co-starring along with Dove Cameron, Sofia Carson, and Booboo Stewart.

Descendants 3, the film which was completed in 2018, is scheduled for release on 3rd of August, 2019. In the upcoming HBO series “Mrs. Fletcher” Boyce was also set to appear. Last year, at Thirst Gala 2018, Cameron Boyce got the Pioneering Spirit Award for his work with The Thirst Project, a non-profit organization that offers secure drinking water to needy groups.

Peyton List, his “Jessie” sister, spoke fondly of Boyce’s “contagious laugh I can still hear.”  “He was younger than me but taught me how to spread love and kindness more than anyone that has ever been in my life,” she wrote. “He lifted everyone around him, and inspired/pushed me to be a better person than I ever would’ve been without his guidance, patience and love.”

Sandler, meanwhile, shared a black-and-white photo of his on-screen son with a touching message. “Too young. Too sweet. Too funny. Just the nicest, most talented and most decent kid around. Loved that kid. Cared so much about his family. Cared so much about the world,” the actor wrote. “Thank you, Cameron, for all you gave to us. So much more was on the way. All our hearts are broken.”