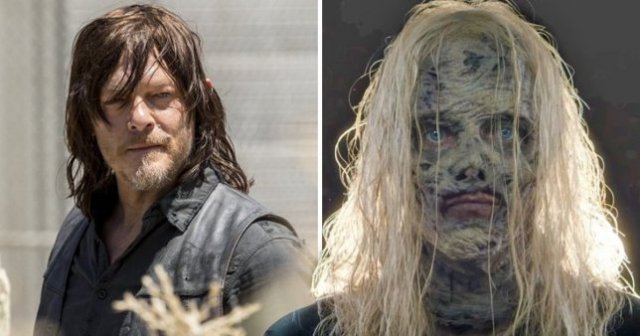 The Whisperers are portraying immense terror mixed with horror in the new The Walking Dead season 10 teaser.

Alpha and her clan of the walker-skinned and masked members are shown to be inflicted on one of the groups of survivors. It also shows some new clips featuring Carol, Michonne, and Daryl in the teaser.

The new Walking Dead “End of the World” teaser starts with the Whisperers hissing, “Now is the end of the world. We embrace all death.”

There’s also the blink of an eye introduction of Gamma, a new Whisperer and Alpha’s second, played by Thora Birch, who glares down Daryl and Michonne near a spiked barrier. Carol, too, is seen lurking off alone, passing a chained door and facing off against either a walker or a Whisperer.

It’s still unknown what makes the group of Whisperers, introduced in the second half of season 9, so dangerous and unstoppable.

No doubt this teaser in a glimpse reveals that The Walking Dead franchise still knows how to get under our skin in an effective way. And this might only be the beginning of Alpha’s kingship with full of terror and horror.