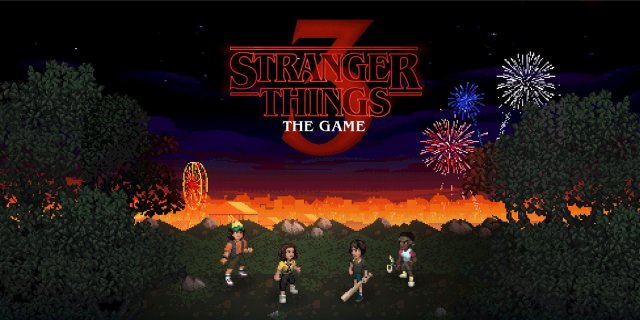 New run of Stranger Things hits Netflix today. After the Stranger Things 2 events, the show picks up and significantly increases the danger from there. You can also pick up Stranger Things 3: The game on Xbox One if you want to relive the adventures.

Stranger Things 3: The game is Netflix’s official game to accompany Season 3 of the original hit series. Play through familiar series events while also uncovering quests, character interactions, secrets, and quests that have never been seen before. This adventure game blends an old-school art style with the mechanics of contemporary gameplay to provide a distinctive experience.

Like the show, you can team up in a local two-player co-op to explore the world, solve puzzles, and fight enemies from “The Upside Down.” There are twelve heroes to choose from, so there’s plenty of variety.

“stranger things is one of those things when you get to the end of the season you are left devastated for days and can’t move on because you just need more of it.”

Not everyone was on the same page though, with one person tweeting: “I expected nothing and still got disappointed. It’s just a #StrangerThings3-thing. Not that I don’t like the show, but come on!”

Another person said on Twitter: “I appreciate STRANGER THINGS might work for some but for me, it’s one of the most insidiously awful works of mainstream culture.”

The game costs $20 and comes on Xbox One at approximately 1 GB. It looks like a pretty fun little game, so be sure to check it out if you enjoy the show. Unfortunately, there is no co-op online so you have to get together to play together with your friends.