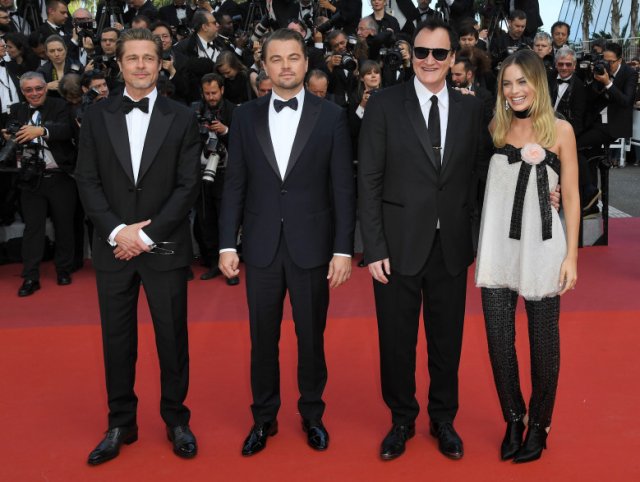 Sony’s Production Once Upon A Time In Hollywood is weighing itself as the event movie of the summer for adults. It’s a Quentin Tarantino direction, R-rated, 2.5-hour period piece about 1969’s Hollywood around the time of the Tate-LaBianca murder. Sony spent around $90 million on this comedic melodrama, which stars Leonardo DiCaprio in his 1st movie since he won an Oscar for The Revenant, as a fading TV star and Brad Pitt as his stuntman along Margot Robbie. In the summer, all eyes are on this Golden Age of Hollywood flick to show that, Yes, grown-ups can still show up to grown-up movies.

The Tarantino’s masterpiece is tracking for an opening weekend around $30 million. Some folks had wild projected it for $50 million plus, but this movie at 2 hours and 39 minutes doesn’t have the fast pace of the Oscar-winning Inglourious Basterds ($38M) or Django Unchained ($30.1M 3-day, $63.4M 6-day).

Also, the Leonardo DiCaprio-Brad Pitt-Margot Robbie is sitting in the wake of Disney’s The Lion King on July 19 and if that live-action remake posts a record July weekend of $169M, it’s bound to top the box office in weekend 2. Also, Universal has their Fast & Furious spinoff Hobbs & Shaw on Aug. 2.

Yes, Once Upon A Time In Hollywood will be sandwiched right between the two mega-movies of the summer, The Lion King and Hobbs & Shaw, but after that, it’ll be the last “big” adult movie this summer.

Can Quentin Tarantino’s latest masterpiece and big-budget Hollywood melodrama starring the guy from Titanic, the guy from Legends of the Fall and that lady who stole Suicide Squad justify itself in a theatrical environment? Can it be the savior of old Hollywood? Can it be the event movie of the summer for grown-ups and film nerds? Is Leonardo DiCaprio still a big fish in a pool after 3.5 years of The Revenant scored $538 million worldwide and finally won him that Oscar?