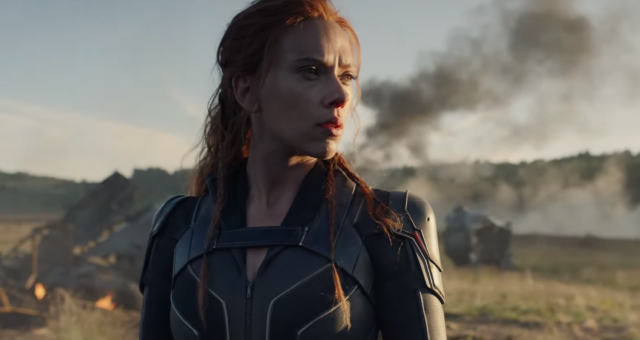 “Nothing lasts forever,” Scarlett Johansson as Black Widow a.k.a. Natasha Romanoff, says, as she recalls her memory from the last few years as an Avenger. “I’ve lived a lot of lives, but I’m done running from my past.”

The teaser trailer portrays Nat joined by her sister Yelena (Florence Pugh) and the rest of her assassin family, including David Harbour’s Red Guardian and Rachel Weisz’s character Melina. Based on what fans know from her existing story in different Marvel movies though, Nat’s refrain from truly accept anyone that close to her, so it wouldn’t be shocking if these debuting characters have their own personal strings and agendas attached with the main character.

Nat brings her family together to “go back to where it all started” and take down whatever evil threat lurks there. It appears like the organization that equipped and trained them all as killing machines, and the one that turned Nat (and possibly Yelena) into Black Widow assassins.

Nat and Yelena can be seen doing skydiving, grappling hooks, car chases, some Alpine-white outfits, and a lot of fistfights in a trailer.

Directed by Cate Shortland, Black Widow is the first solo movie about Natasha Romanoff, a character who first appeared in the Marvel Cinematic Universe in 2010’s Iron Man 2.

BACKGROUND AND CONNECTION WITH MARVEL UNIVERSE:

Black Widow occupies a timeframe between Captain America: Civil War and Avengers: Infinity War. In Civil War, a movie that portrays the Avengers split off into two primary groups over a piece of legislation that would turn them into government-driven agents, Nat allows Captain America and Bucky escape to take on Baron Zemo. A reason for what Nat effectively can be considered as an escapee.

The movie will also feature as a sort of prequel, revealing Black Widow’s backstory and hidden secrets. Even though the character has been in Marvel Universe for about a decade, her backstory, her evolution as an assassin, her debut into the Black Widow program and her life as a KGB agent, still exists as a mystery for Marvel fans.

Essentially, Marvel’s first post Endgame era movie will be a tour to the past to set up a future.

Black Widow will be occupying theaters on May 1, 2020.