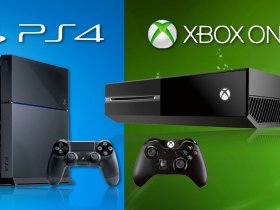 Xbox One or PS4 – Which Is Better?

Nowadays, a question that every single person is asking is:

What is Blockchain technology?

By allowing digital information to be distributed but not copied, blockchain technology build the backbone of a totally new type of internet. Originally introduced for the digital currency, Bitcoin the tech community has now found other potential ways to use this technology.

A blockchain possesses no transaction cost. (An infrastructure cost SURE, but NO transaction cost.) The blockchain is a simple yet ingenious way of transporting information from A to B in a fully automated and safest manner. One entity to a transaction starts the process by creating a block. This block is verified by thousands, perhaps millions of computers distributed around the internet. The verified block is then added to a chain, which is stored across the net, adding not just a unique record, but a unique record with a unique history. Falsifying a single record would mean falsifying the entire chain in millions of instances. That is virtually impossible. Bitcoin uses this model for monetary transactions, but it can also be used in many other ways.

Why Blockchain is experiencing immense admiration?

The reason why the blockchain has gained so much admiration is that:

How Does Blockchain Work?

Information held on a blockchain exists as a shared and continually distributed databases. This is a way of using the network that has several benefits. The blockchain database isn’t stored at any single place, meaning the records it holds are truly public and easily verifiable. No centralized version of this information exists for a hacker to falsify or corrupt. Hosted by millions of computers simultaneously, its data is accessible to anyone on the internet.

Read the paragraph below by Blockchain expert for a clear understanding of its mechanism.

“The traditional way of sharing documents with collaboration is to send a Microsoft Word document to another recipient and ask them to make revisions to it. The problem with that scenario is that you need to wait until receiving a return copy before you can see or make other changes because you are locked out of editing it until the other person is done with it. That’s how databases work today. Two owners can’t be messing with the same record at once. That’s how banks maintain money balances and transfers; they briefly lock access (or decrease the balance) while they make a transfer, then update the other side, then re-open access (or update again). With Google Docs (or Google Sheets), both parties have access to the same document at the same time, and the single version of that document is always visible to both of them. It is like a shared ledger, but it is a shared document. The distributed part comes into play when sharing involves a number of people.

Imagine the number of legal documents that should be used that way. Instead of passing them to each other, losing track of versions, and not being in sync with the other version, why can’t all business documents become shared instead of transferred back and forth? So many types of legal contracts would be ideal for that kind of workflow. You don’t need a blockchain to share documents, but the shared documents analogy is a powerful one.” – William Mougayar, Venture advisor, 4x entrepreneur, marketer, strategist, and blockchain specialist.

In simple words, the basic advantages of Blockchain technology are decentralization, immutability, security, and transparency. The blockchain technology allows for verification without having to be dependent on third-parties. The data structure in a blockchain is append-only. So, the data cannot be altered or deleted. No more missed transactions, human or system errors, or even an exchange that was not done with the consent of any entity involved.