MediaTek unveiled this year at CES its all-new Dimension 800 series of affordable smartphones and the latest to join the lineup is the Dimensity 820 for 5G mid-range devices.

The chipset is based on the FinFET 7 nm process of TSMC and uses the same microarchitecture of the CPU as the previous version. The octa-core CPU for power efficiency is composed of four high-performance ARM Cortex A76 cores at 2.6GHz and four 2.0GHz Cortex A55 cores. In terms of raw CPU power, this gives the chip an edge over the Snapdragon 765G. 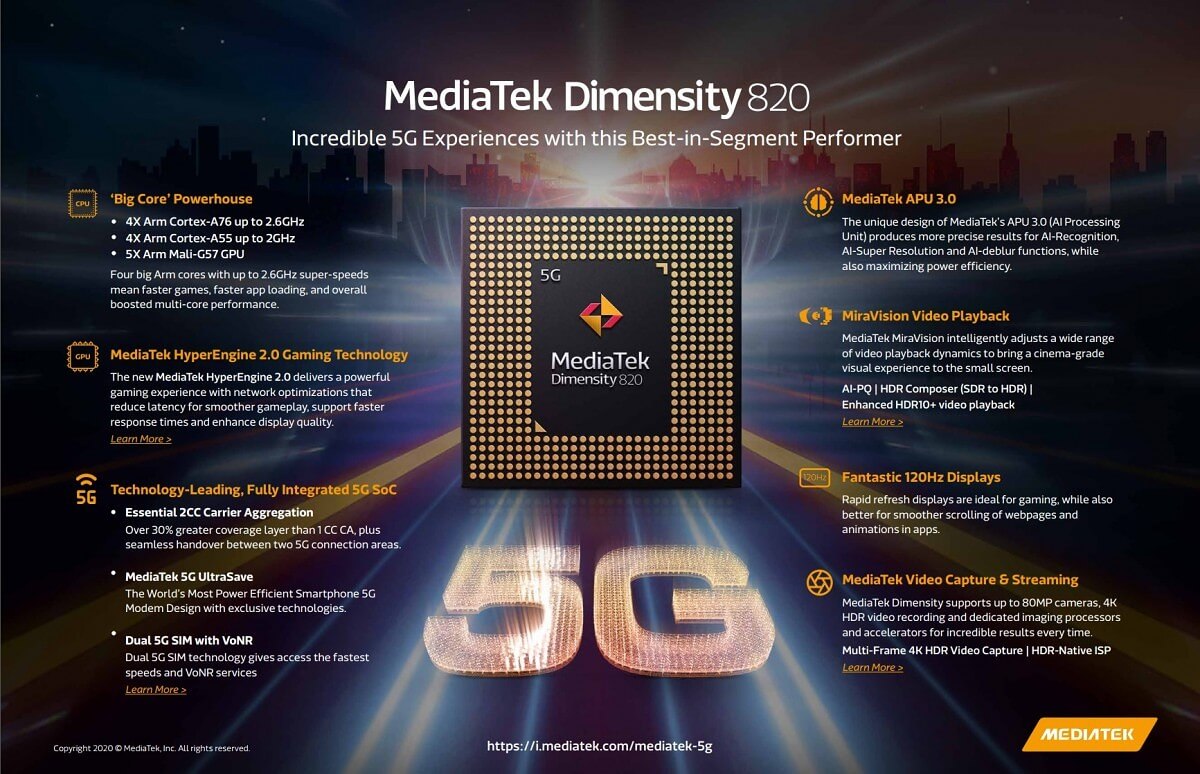 It now supports FHD+ display panels with a 120Hz refresh rate up from last-generation 90Hz support. The new GPU uses a 5-core ARM Mali-G57 version that comes with Hyper Engine 2.0 to introduce software improvements for a better result in gaming.

The latest chip will also help cameras get better. Mediatek’s APU (AI Processing Unit) 3.0 has more powerful camera features than before and the chip can accommodate quad-camera setups with up to 80MP thanks to Imagiq 5.0, the new ISP. This also offers 4 K HDR-like video capture multi-frame, better noise reduction, and bokeh effect in real-time.

As far as networking is concerned, the Dimensity 820 supports global sub-6GHz 5G networks in North America, Europe, and Asia and should provide higher average speeds and faster connections between smartphones and networks.

Xiaomi has announced that its upcoming handset, the Redmi 10X, will be one of the first phones to feature the 820 SoC Dimension and is expected to arrive later this year.