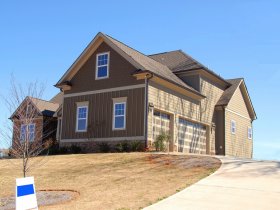 Serene Air has acquired two dry-lease aircraft to extend its flight operations in Pakistan to include various domestic routes.

The aircraft was inducted by Serene Airline from foreign airlines including Boeing 737-800 and Airbus 330 which increased its fleet size to 5.

In the coming months, these aircraft will be added to the fleet as soon as the air operations in Pakistan are stabilized, with airlines being permitted to resume their flight services.

Due to rising passenger demand for travel, the management has expected to increase the frequency of flights on domestic routes. The airline may add a new domestic destination and is likely to consider launching its international operations once the pandemic situation is stabilized.

Also Read: Etihad Airways has laid off a large number of employees due to COVID-19

Lower fuel prices coupled with persistent passenger demand for a local carrier in the Gulf region, particularly after Shaheen Air stopped operating, which used to operate more than 3,500 flights per year, mean that it is time for another local airline to step up and take its place. However, after the outbreak of COVID-19, which has adversely changed the dynamics of business for the aviation market, the feasibility needs to be evaluated again.

The airline operated 5,686 flights in six FY19 locations, compared with 5,457 reported FY18 flights. Consequently, the airline’s flight frequency reported a modest 4 percent increase which shows that the airline’s seat reservation witnessed a remarkable growth including its profitability. On domestic routes, it had flown more flights than Airblue.