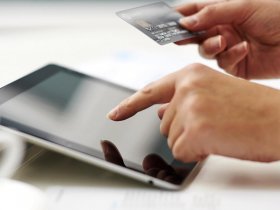 How To Create The Best Online Shopping Experience On A Tablet

For every site that seems to be doing well, Facebook seems to be on a buying spree. For $400 million now, the social media giant has bought the GIF-sharing site called Giphy.

In the first week of its launch, Giphy attracted millions of users and also became one of the top 100 websites according to PC Mag in 2013. Over the years it raised millions in capital to hit a $300 million valuation in just 3 years. It crossed over 200 million active users in 2017, and later it was eventually revealed in May 2020 that Facebook would buy it.

Facebook plans to integrate Giphy ‘s vast GIF library into Instagram, WhatsApp, and other Facebook-owned platforms. Giphy ‘s incorporation already exists in Facebook’s services to some degree, but the giant social network says posting GIFs on its platforms will become much simpler soon. There are no details as yet on how this integration will work.

Facebook also reported that approximately 50 percent of Giphy ‘s traffic actually comes from the services of the company.

As for Giphy users, things will remain the same for now and there will be no improvements to the platform itself. Knowing Facebook, however, we might see some improvements down the road to put the firm more on the road with the rest of its portfolio.