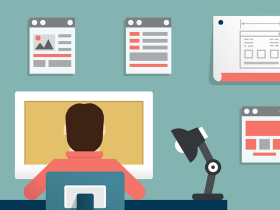 How to Create Landing Pages That Encourage Sales?

China Mobile Hong Kong and Huawei jointly brought 5 G access to the north of Mount Everest’s highest-altitude base station. Designed at an altitude of 6,500 meters, the world’s highest installation of 5G antennas will allow China Mobile to operate its dual Gigabit network.

The base station is planned to provide complete coverage of 5 G signals on the North Ridge as well as the Summit of Mount Everest, along with previously established stations at altitudes of 5300 meters and 5800 meters. Network engineers deployed 24/7 at altitudes of 5,300 meters and higher control of the network.

Huawei, while talking about the new venture, explained:

Technology means to make the world better. The beauty of Mount Everest can be displayed via 5G high-definition video and VR experience, which also provides further insights for mountaineers, scientists, and other specialists in nature. The ground-breaking establishment on Mount Everest once again proves that 5G technology connects mankind and the Earth harmoniously.

The project was unveiled last month by China Mobile Hong Kong and recently announced its completion in a Facebook post. The team was made up of 150 engineers, network analysts, construction workers, and a few Yaks who lugged the 8-ton equipment to the highest base camp.

Approximately 25 km of fiber optic cables were laid on top of the 177 km transmission trunk line and route alongside Everest as part of the initiative.