The PCB Disciplinary Panel finally declared its verdict on the case involving Umar Akmal. The board announced on Monday its decision to ban the batsman for three years from all forms of cricket.

Before the start of PSL 2020, Akmal was under surveillance for quite some time. PCB’s anti-corruption unit gathered evidence of Umar Akmal’s meetings with known corrupt elements just before the tournament started. Akmal had been warned of those individuals already. 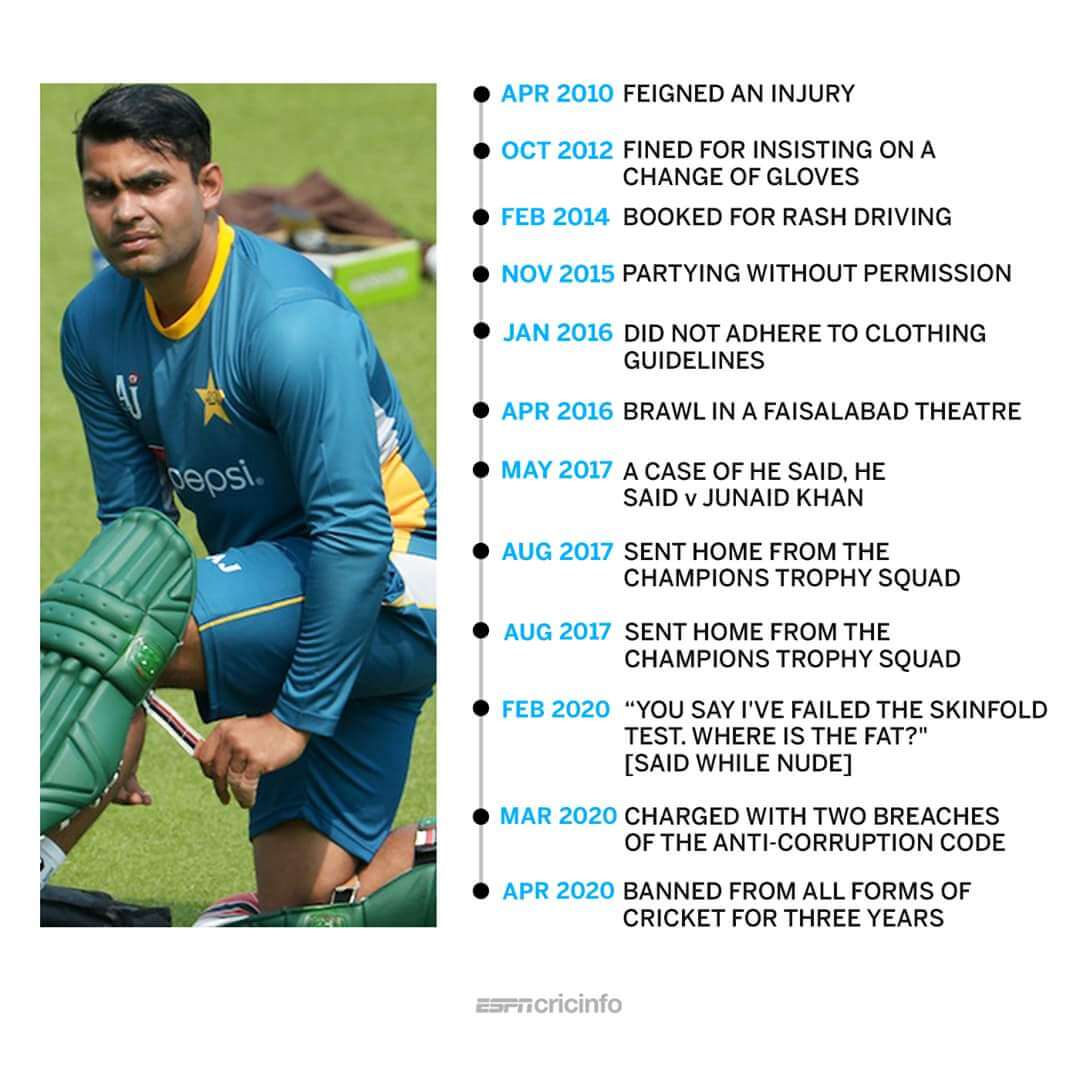 Prior to this, Akmal had also reported having been offered $200,000 for leaving two deliveries against India in a match. In a TV interview, the batsman also said he had been contacted during World Cup 2015.

Hiding these methods is a criminal crime according to the anti-corruption laws of PCB and ICC.