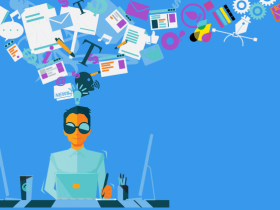 Boeing has already announced it will delay the development of the ultra-long-range version of its upcoming aircraft 777-X.

A statement from the company said the move is to reduce “risk in our development program, ensuring a more seamless transition to the 777-8”.

The step of delaying 777-X series by Boeing came after the grounding of the 737 MAX single-aisle aircraft, which entered the sixth month in August, as the world’s largest planemaker continues to struggle with engine-related delays on the 777X widebody. The General Electric’s GE9X will push the first flight of the 777-9 into 2020.

Boeing has given no indication as to the length of the delay.

The new Boeing 777X will be the world’s longest and most fuel and power-efficient twin-engine jet, which will mark 10 percent lower fuel consumption and emissions and 10 percent lower operational costs than other planes of rival Airbus in competition.

In July, however, Boeing announced that an issue with the 777X’s engines would lead to the possible delays in the aircraft’s first flight, although it claimed at the time that deliveries were still expected to progress as planned.