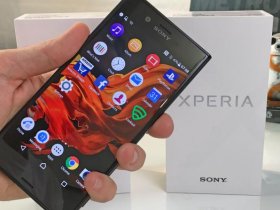 Blockchain is a distributed computing based database of financial transactions which is saved on multiple computers and constantly grows as new transactions or “blocks” are added to its branches, creating a continuous and public chain of data.

A Turkish NGO is set to use blockchain technology to allow entrepreneurs to get funded by social investors anywhere in the world, the head of the foundation revealed on Aug. 16.

In an exclusive interview, the head of the Turkish Foundation for Waste Reduction (TİSVA), Aziz Akgül said blockchain-driven microfinance is inevitable not only for the future of Turkey but also for the entire world.

“We want to give microcredit to 3.5 million people by employing cryptocurrency and e-marketplace in Turkey by 2030,” he said.

The main target of TİSVA, which foresees the Turkish Grameen Microfinance Program (TGMP), in launching such a project is to provide solutions to the problems of the international microcredit community in exploring financial sources for the poor.

Turkish Grameen Microfinance Program is a non-profit economic organization offering “microcredit” assistance to help reduce poverty in Turkey, according to their website.

“TGMP came up with the idea that creates an alternative financing model for social businesses to alleviate poverty through blockchain,” Akgül said.

Pointing to the boosting popularity of using cryptocurrencies like Facebook’s Libra, Akgül believed that the world has awakened in a new era in which the number of banknotes in a loop flow will decrease.

“The market size will not be confined to Turkey,” he said. “The initiative will be extended to micro-entrepreneurs all around the world.”

Mentioning a report released by Oxfam, an international confederation of NGOs working to reduce poverty, Akgul said the total assets of the world’s richest 26 people worth equal to that of 3.8 billion people living below or over the line of poverty in 2018.

“We aim to impact the lives of these people through the project,” adding that financial inclusion as the primary concern of the project is an important step toward reducing and ending poverty,” he said.