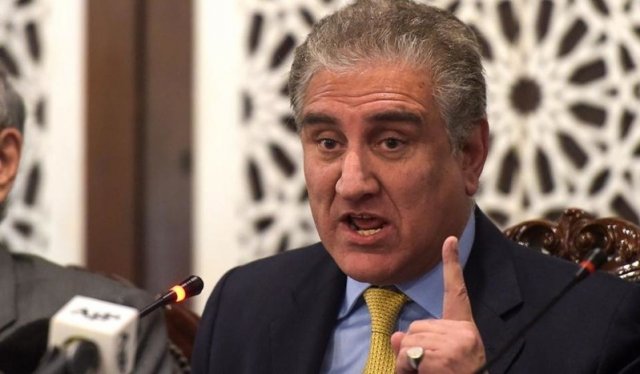 Pakistan announced on Wednesday that it is expelling the Indian High Commissioner Ajay Bisaria and putting halt to bilateral trade with its nuclear-armed neighbor, India.

“We will call back our ambassador from Delhi and send back their envoy,” foreign minister Shah Mehmood Qureshi announced, while a government statement revealed that Pakistan will suspend its trade due to exacerbated of diplomatic ties with its traditional foe.

He said that Pakistan won’t send its high commissioner back to India and New Delhi has been informed of the decision.

The tensions came amid after the Indian government overruled a 7 decades-old rule that gave the power of autonomy to the occupied and disputed Muslim-majority region of Kashmir.

Relevant: Articles 370 and 35A – How they sustain Kashmir’s special status

The Himalayan region of Indian occupied territory has been virtually cut off from India after authorities cut down phone and internet services following Monday’s announcement by Prime Minister Narendra Modi’s led BJP government.

Public gatherings and rallies have also been banned and two former chief ministers of Jammu and Kashmir, Mehbooba Mufti and Umar Abdullah, have been taken into custody.

Using the threats as justification for deploying military in tension amid area, the Indian government stationed thousands of troops and displaying military power along the Himalayan border, followed by targetting civilian population using cluster munitions in Pakistan Administered valley of Azad Kashmir.