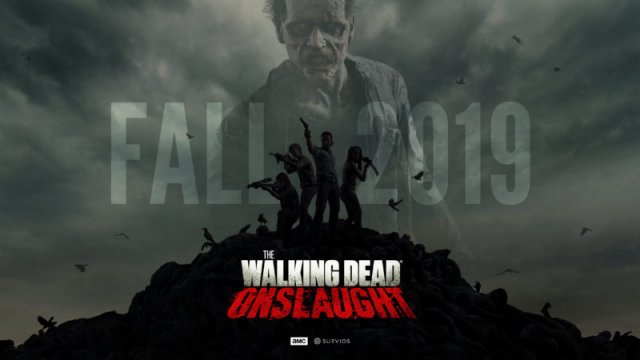 The Walking Dead is going to meet its ten-year anniversary of being on the air, and with nine seasons released so far, it’s important to look back in TWD history before Season 10 premieres in October.

The blockbuster AMC series experienced the odds against it when it first aired back on Halloween night of 2010. The cast was a small group of relatively unknown actors, it was then-showrunner Frank Darabont’s first attempt of making a TV series, and the entire plot was based on a fairly obscure comic series.

But The Walking Dead managed to not only get a notable success, it eventually became one of the most viewed shows on primetime television, the ideal and one of the best Zombie show ever. This series used to observe ratings and views that many shows could ever dream of, but in recent seasons, things started changing.

With almost a decade of TWD and many changes in both the script and cast, let’s take a look at every Walking Dead season, ranked by Rotten Tomatoes scores. 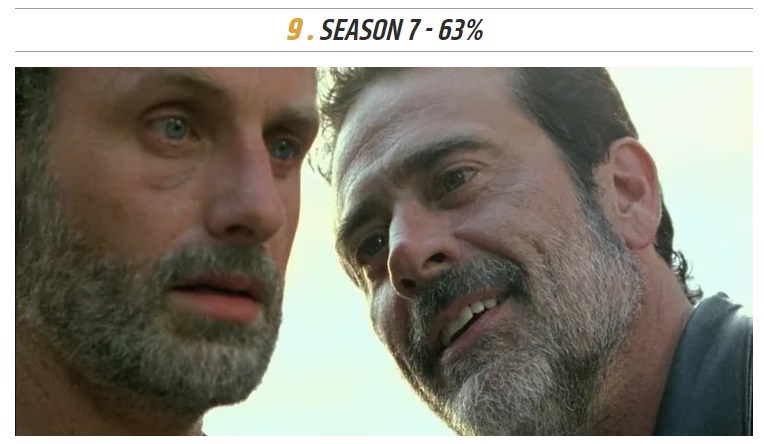 With 63%, the 7th season of The Walking Dead exists at last place but It’s undeniable that Season 7 was probably one of the most exhaustively hyped seasons to date, and that’s mainly due to the fact that Season 6 ended on the infamous cliffhanger in which Negan’s (first) victim remained anonymous for the entire season break, almost a year. 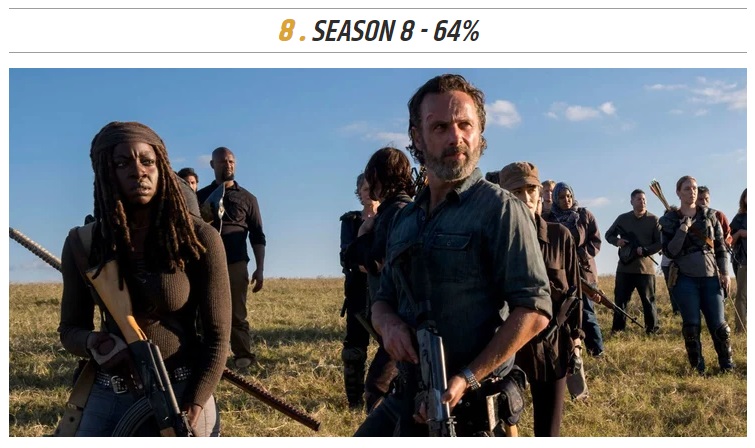 he Walking Dead‘s eighth season holds a score of 64% on the Tomatometer. The critics clapped for the escalated intensity and action.

Season 8 is well-known for the reason that almost the entire season took place over a surprisingly short course of time. About a week was shown to be passed during the sixteen-episode season. 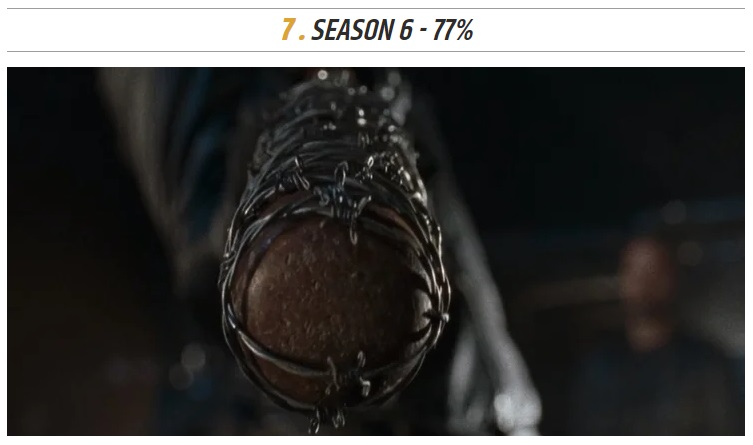 Season 6, probably not anyone’s favorite season, but still certified fresh on the Rotten Tomatoes by scoring 77%. The critics were amazed that the series managed to remain relatively fresh despite being on the air for more than half a decade. 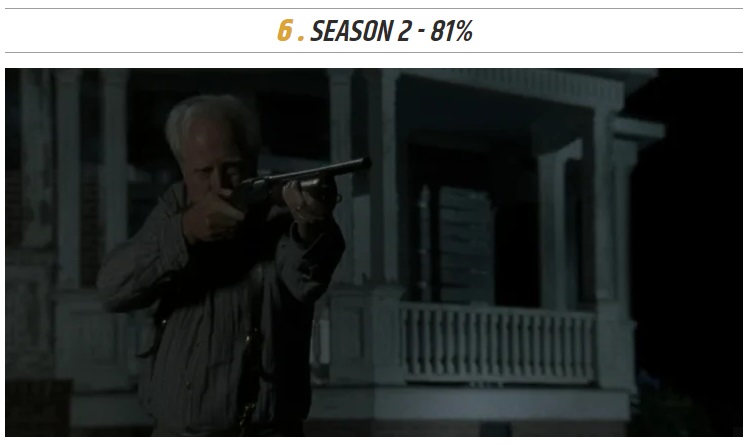 Among all season of The Walking Dead, fans complain the most about the second season for being boring and slow due to the long-lasting search for Sophia (Carol’s daughter). But the showrunner actually took a slow path for story building as more important characters were induced for the long-term, from season 2, including Maggie Greene, her father Hershel Greene and her sister Beth Greene. 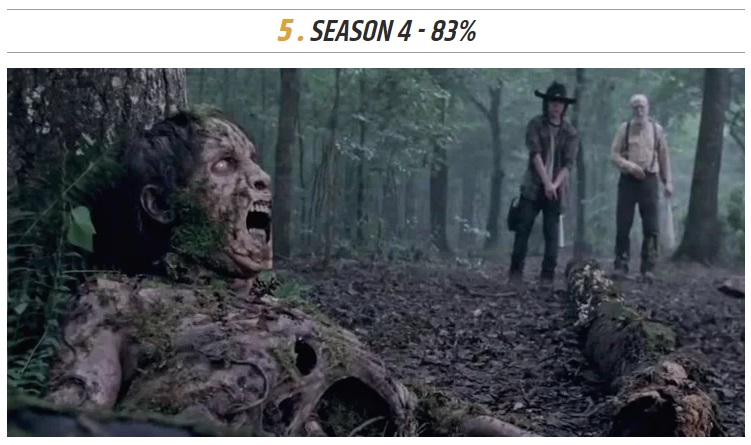 The end of Season 3 observed the departure of the second showrunner, Glen Mazzara. In Season 4, long-time staff writer Scott Gimple took over and became The Walking Dead’s third showrunner. 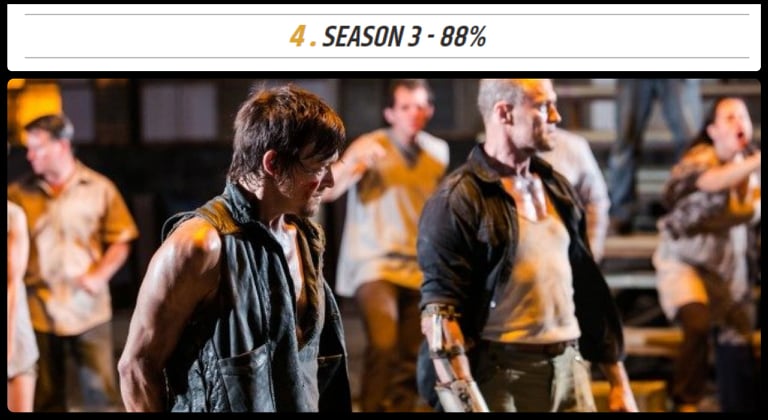 Season 3 is remembered as one of the best (not the very best) seasons of The Walking Dead, including mind-blowing dynamics between characters and the introduction of the notorious Villian, Governor. 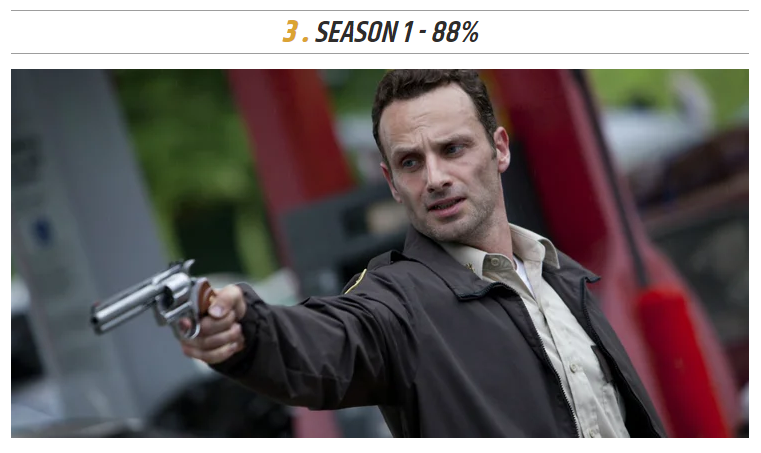 Season 1 had a lot to prove. The Walking Dead began as a very low budget series that was a lot different than anything anyone had ever seen on TV before, portraying post-apocalyptic World after Zombie virus outbreaks globally. 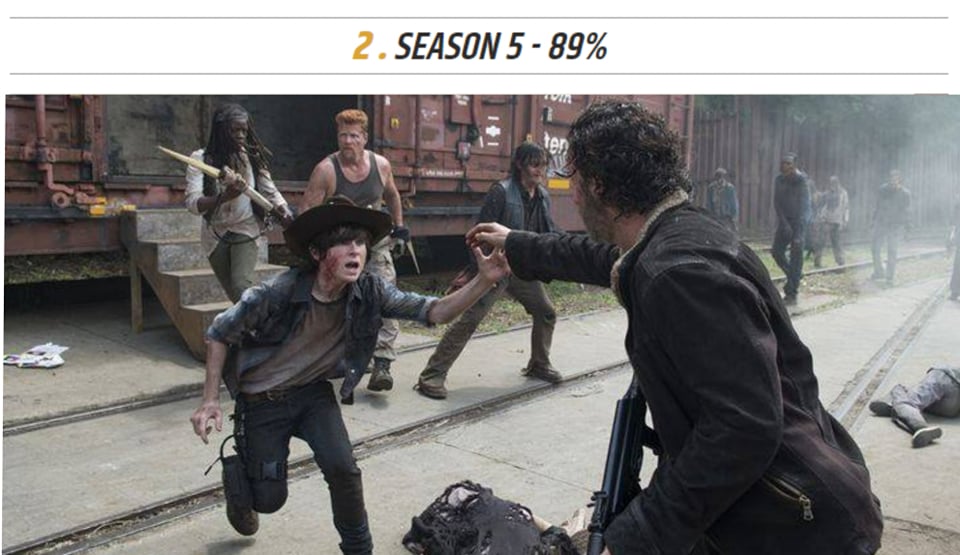 After the significant success of Season 4 and hyped with the much-anticipated Terminus mystery, The Walking Dead’s fifth season premiered to record-breaking ratings. 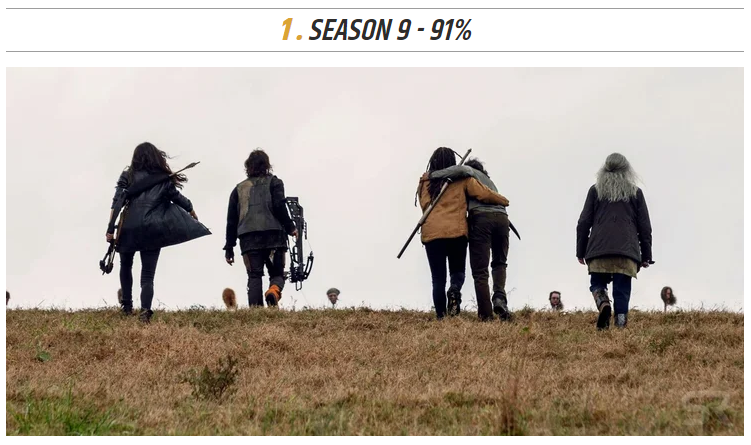 The most recent season of The Walking Dead has the highest Rotten Tomatoes score, creating a mystery about the new group of Masked Villians “The Whisperers”, lead by their Alpha commander. Much will be disclosed about the back-story and Human side of the new villain.

In upcoming Season 10, Audiences will also witness the Whisperer’s Gamma (Thora Birch), who has a special connection to Alpha and plays an important role in the Whisperer gang.