Veteran actor, director, and producer Abid Ali passed away on Thursday, his family confirmed. He was 67. His funeral prayers will be offered today at Aisha Mosque in Bahria Town, Karachi after Friday prayers (1 pm).

The actor had been hospitalized for two months due to terminal liver disease. 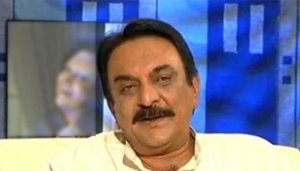 The veteran actor had received the prestigious President’s Award for Pride of Performance. He has three daughters, including Rahma Aly and model and actress Iman Aly.

He gained notoriety by working in Amjad Islam Amjad’s play ‘Waris.’ Born and educated in Quetta, since his childhood Abid Ali was attracted toward arts, writing stories and painting. He first entered Radio Pakistan before going to Lahore after some struggle and launching his successful TV career with PTV’s drama serial ‘Jhok Sial’ in 1973.

From 1969 till 1973, Ali remained in Quetta and worked with Radio Pakistan.

He later moved to Lahore where he struggled for a year. Soon enough, he found fame with some of his most memorable performances. Abid Ali launched himself as a director and producer with the 1993-hit drama Dasht, also the first private production for Pakistan, while the same year, for PTV this time, he directed the drama serial ‘Doosra Aasman’.

Rahma Ali, the daughter of deceased veteran actor Abid Ali has claimed that her stepmother took his father’s dead body from the hospital and the family is restricted to attend his funeral. 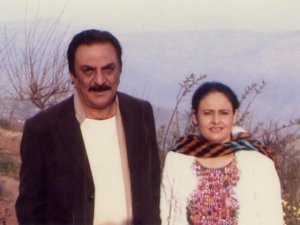 Rahma took to social media late Thursday while sharing that her family is being stopped from seeing her father for the very last time.

“I really want to tell the world that Rabia Naureen, my father’s second wife has left the hospital with his body,” she said.

Rahma further added that Abid Ali’s second wife had even told her aunt that she doesn’t want to see her husband’s daughters and first wife mourn at her residence.

She claimed that Rabia Naureen had not even disclosed the details of their father’s burial with them.

The most senior actor of Pakistan’s showbiz industry passed away in Karachi on Thursday evening. He was admitted to Liaquat National Hospital after suffering a serious liver disease.