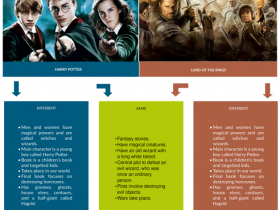 5 Ways To Agree or Disagree With Reason

The Samsung Galaxy M01 Core was released as one of the cheapest smartphones to date starting at just $73, in India. It’s an entry-level device powered by Android 10 Go Edition, which is Android’s Lite version for low-end or entry-level smartphones, though this one comes with One UI skin at the top.

The Galaxy M01 Core comes in a fairly simple build, featuring fairly large classic top and bottom bezels, no fingerprint sensors, and only a single camera unit at the rear. The TFT LCD display is just 5.3-inch and has a screen resolution of 720p and an aspect ratio of 18:9.

At the top, the rear panel has a textured finish but at the bottom is smooth. The single-camera device is placed on top of an LED flash in the upper left corner.

Under the hood, the handset features one of Mediatek ‘s budget SoCs, the MT6739 with a 1.5GHz processor, and a memory capacity of up to 2GB/32 GB. This is in tandem with the PowerVR GE8100 GPU which is supposed to run light games just fine.

As already stated, the OS is Android 10 Go Edition with Samsung’s One UI at the end.

The main single camera unit is an 8MP shooter whilst the front camera is a 5MP sensor. There are no additional details available on camera set up yet, but the duo is likely to be able to record HD videos and capture HDR images, however, the quality would leave much to be desired.

There is an on-board 3,000 mAh charge, which should be more than enough to keep an entry-level phone up and running for more than one day. The battery receives charge from a micro USB port which at this price range should be expected.