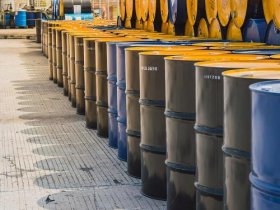 A thick blanket of toxic black smog engulfed the entire metropolitan of Lahore forcing many residents to either literally gasp for breath or complain about sore throats and watery eyes.

Smog, together with a gusty storm, had made driving any kind of vehicle virtually impossible. While it was a Herculean task for the drivers to look forward through the windscreens of their vehicles, their wipers lacked the capacity to clear smog.

The announcement came after a meeting was chaired earlier in the day by the prime minister and Punjab Chief Minister Usman Buzdar related to smog and environmental crisis in Lahore.

The government’s anti-air pollution are listed below:

PM Khan mentioned that Lahore is not the only city facing high levels of environmental crisis. “It is an issue in Karachi, in Peshawar, in Pindi. This issue (of pollution) will greatly affect our future generations if we do not take steps to combat it today,” the premier said.

“Pollution is a silent killer, unlike when you witness an accident or a murder. And it is very dangerous,” he added, regretting that Pakistan has now reached the top in the list of the most polluted countries.