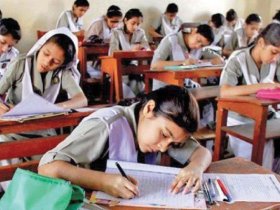 The Federal Investigation Agency’s cybercrime network on Thursday reported having arrested a man in Karachi for his alleged involvement in blackmailing, stalking and physically abusing a woman for years.

The Cybercrime Circle carried out two raids on instructions given by the deputy director of the FIA Karachi Cybercrime Circle to capture the suspect Ali Akbar Soomro, son of Abdul Razzaq Soomro, according to a spokesperson for the FIA.

The spokesperson said the man was involved in extortion, bullying, and physical abuse, and he was arrested at his shop, and a mobile seized from his possession.

Soomro said he owned one more mobile phone during the initial interrogation course, which was carried from his Garden home to the FIA.

The woman said she came in contact with Soomro at a friend’s birthday party in her statement. They became friends.  Soon, the man was said to have insisted that she accompany him to a birthday party at a farmhouse.

The complainant said she declined his invitation, but he then pressured her to attend the party. Soomro resorted to physical intimidation at the farmhouse, she said, and he even filmed what he had done to her via a digital watch camera.

She said Soomro always used delay tactics to get married whenever she asked him to marry her, but after a four-year period, he told her he was already married and had a child.

She stopped talking to him, and he opened fire at her house, smashing a car’s windows and demanding her to meet him for two minutes; otherwise, he’d kill her father. He beat her, cut her hair, shaved off her eyebrows and gave her electric shocks when she went to meet him again.

FIA authorities, acting on her complaint, arrested the man and lodged an FIR with section 419 of the PPC under sections 20, 21 and 24 of the PECA 2016. The man was brought before a court that gave the FIA prosecutors five days of the suspect’s physical remand.