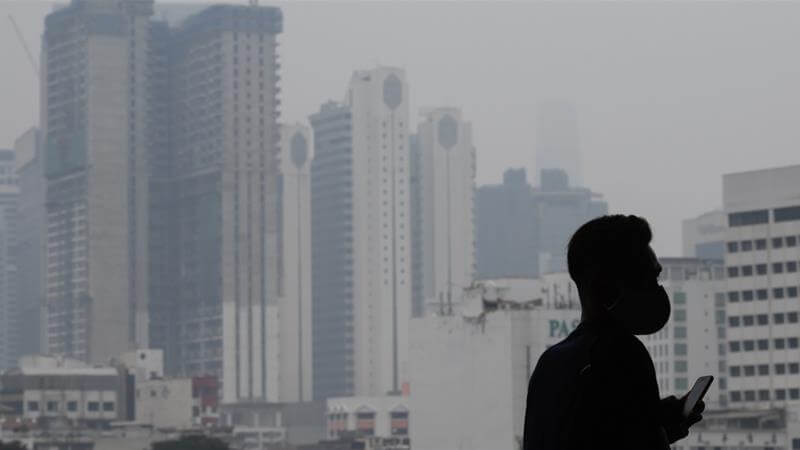 Haze from Indonesia’s wildfire worsens the situation in Malaysia & Thailand

The Pentagon said the deployment would require a mild amount of troops, not counting thousands and would be of a defensive nature in the first place. It also detailed plans to speed up delivery to both Saudi Arabia and the United Arab Emirates of military equipment.

It was reported previously that the Pentagon considered sending anti-missile batteries, drones, and more fighter jets. The U.S. is also considering indefinitely maintaining an aircraft carrier in the region.

“In response to the kingdom’s request, the president has approved the deployment of US forces, which will be defensive in nature and primarily focused on air and missile defense,” US Defense Secretary Mark Esper said at a news briefing.

“We will also work to accelerate the delivery of military equipment to the kingdom of Saudi Arabia and the UAE to enhance their ability to defend themselves.”

Tonight @POTUS approved the deployment of U.S. forces and equipment in response to Saudi Arabia’s request for defensive assistance. The purpose of additional defensive support is: pic.twitter.com/tfCQ9E6QJP

The Pentagon’s late Friday announcement appeared to close the door to any imminent decision to wage retaliatory strikes against Iran following the attack, which rattled global markets and exposed major gaps in Saudi Arabia’s air defenses.

Trump said earlier on Friday that he believed his military restraint so far showed “strength,” as he instead imposed another round of economic sanctions on Tehran.

“Because the easiest thing I could do, ‘Okay, go ahead. Knock out 15 different major things in Iran.’ … But I’m not looking to do that if I can,” Trump told reporters at the White House.

We urge the Iranian leadership to cease their destructive and destabilizing activities and to move forward on a peaceful, diplomatic path.

However, Iran has rejected any part in a sequence of attacks in recent months, including tanker bombings in the Gulf and the Houthis claimed strikes. Speaking on condition of anonymity, US authorities fingered Southwest Iran as the staging ground for the assault, an assessment based at least in part on still-classified images depicting Iran appearing to be preparing for an aerial strike.

“No single system is going to be able to defend against a threat like that, but a layered system of defensive capabilities would mitigate the risk of swarms of drones or other attacks that may come from Iran,” Dunford said.