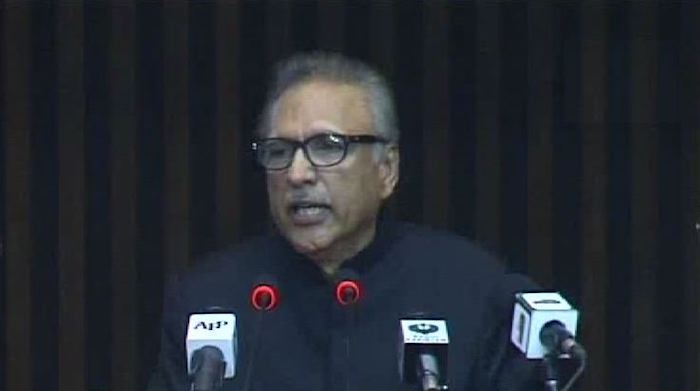 We were, we are and will always be with the Kashmiris: President Alvi

In a statement, he said that effective National Anti-Corruption Strategy has been set up for the logical conclusion of mega corruption white-collar criminal cases. The number of complaints, inquiries, and investigations were almost double as compared to the same corresponding period of 2018 to 2019.

The comparative figures for the last 22 months also indicate the NAB’s excellence in performance.

He mentioned that Accountability watchdog has filed 600 corruption cases in respected Accountability Courts and recovered, directly and indirectly, Rs 71 billion during the tenure of the existing leadership.

Besides 1,210 corruption cases, are under trial in respected Accountability Courts and their worth is around Rs 900 billion.

NAB has devised state of the art Forensic Science Lab in its Rawalpindi Bureau which has facilities of Digital Forensics, Questioned Documents and Fingerprint analysis.

Recently, The National Accountability Bureau (NAB) made the historical recovery by conducting an inquiry into fake accounts case where Abdul Ghani Majeed and seven others made a plea bargain of Rs10.6 billion.

According to the NAB, one of the 28 inquiries in the fake accounts case is under progress in Sindh government and steel mills lands case. Seven NAB detainees requested for a plea bargain which was approved.

Earlier, the Accountability watchdog has recovered Rs 2.12 billion in the fake accounts case against Former President Asif Ali Zardari, in Nooriabad Power Company and Sindh transmission funds corruption cases as the plea bargain request of officers of both companies, Asif Mehmood and Arif has been accepted.