A British newspaper ‘Daily Mail’ has accused Sharif family of laundering funds sent for the earthquake victims by the British government.

The report has exposed the channel through which funds were rotated by front men of the Sharif family. It explains that the funds were collected in Lahore and were sent back to the UK to multiple individuals as payments from relatives. The funds were then sent to Pakistan again as investments from the UK. The report added that “After winning the election on a pledge to combat corruption, Imran Khan set up a special team to deal with it, the Asset Recovery Unit, headed by a UK-educated barrister. They have examined a series of suspicious transactions running too many millions and shown that Shehbaz’s family’s assets grew enormously during the years he was in power,”

The report also highlights the unconventional financial growth of the family during their reign. It states that the family was worth just £150,000 in 2003 but by 2018 their total assets had grown to about £200 million. Among other properties, Shahbaz owns a 53,000 sq ft palace in Lahore, which has its own large security force.”

Sharif family is already under trial for corruption and having assets beyond their legitimate means, other cases include forgery for claiming innocence in corruption cases. The family has been blaming the current government for the cases and term those as political revenge. Initial denial has been announced by the family against the story but no hint regarding a legal proceeding against the defamatory report has been given. If they believed the story to be the part of the political revenge against them, they may sue the newspaper in Britain. 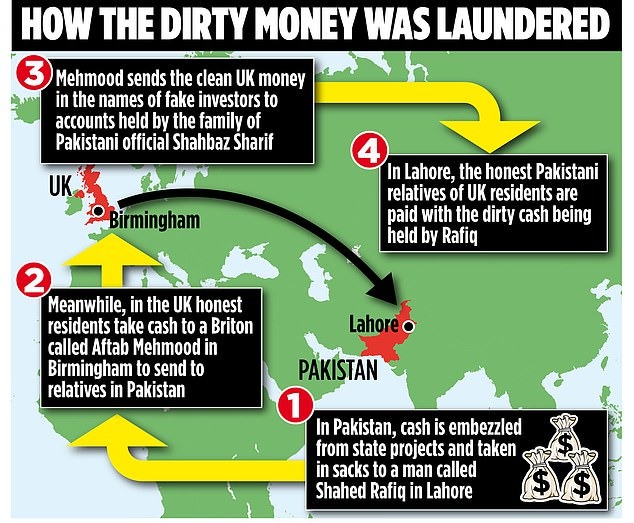