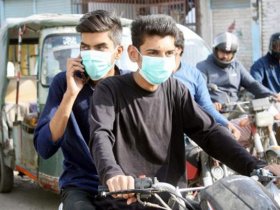 79% COVID-19 Spread in Pakistan is caused by local transmission

In the latest attempt to malign judiciary and to prove innocence of convicted former prime minister of Pakistan Mian Muhammad Nawaz Sharif, his daughter Maryam Nawaz a leaked video of Judge Arshad Malik in which he shared his confession to Nasir Butt that he had pressure from hidden hands and had to announce an unjust verdict against Nawaz Sharif in Al-Azizia case. Despite the character of Nasir Butt being dark, the controversy misfired when Judge Arshad Malik refused the authenticity of the alleged video.

The plan, however, worked in the sense that the personality of the judge was made doubtful. Islamabad High Court (IHC) got into action on Friday and removed him from his office and asked the law ministry for repatriating him to the parent department, the Lahore High Court (LHC).

As expected, Maryam Nawaz demanded to term the verdict against Nawaz Sharif in Al-Azizia case as ‘void’, as the judge was removed from his office.

The absurd demand of Maryam Nawaz was totally rejected by the law experts. To further clear out any doubts, Federal Law Minister Dr. Farogh Naseem claimed that the ministry would not initiate any legal proceedings against Malik with regard to the video scandal.

Judge Arshad Malik reported to Chief Justice of IHC Aamer Farooq on the said case and stood by his denial regarding the video. He further stated that he was offered a bride of 500 million rupees by Hussain Nawaz (son of Nawaz Sharif) to get a favorable verdict. He added that Nasir Butt threatened him to harm physically as well, he said “The threat was delivered by Nasir Butt saying to me in an intimidating tone that he owed Mian Nawaz Sharif a lot, as he had helped him avoid punishment for 4-5 murders committed by him by using his immense political influence and, therefore, he was willing to go to any extent to help in the trials he was facing,”

The foul tricks opted by Maryam Nawaz to rule out the judgment against her convicted father could not work accordingly as the players involved in the scandal were themselves controversial. On the other side, Malik also accused them of offering heavy bribes which further exposed their mal-practices and mal-intentions.