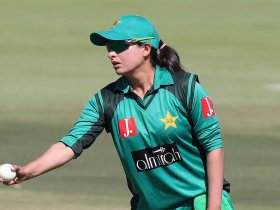 In a game, packed with drama, Pakistan managed to beat Afghanistan with only two balls to spare in a nail-biting finish at Headingley, Leeds. In the heart-stopping moments, left-handed Imad Wasim was the hero of his side in carving out a superb unbeaten 49 out of 54 balls, threatened by world-class slow bowlers. It was easily the 2019 World Cup’s most entertaining game.

The upset that the Afghanistan team was anticipated and threatening to cause almost came at Pakistan’s expense, who again seems to succumb to the run-chase pressure. A target of 228 was created to look much more rigid as the battle of nerves took hold on both parties. Ultimately, a three-wicket victory has put Pakistan 4th in the points table of the World Cup, ahead of England, who will face India tomorrow.

Pakistan finally gained some momentum in the World Cup and now with back-to-back victories against South Africa and New Zealand, they gave themselves a wonderful opportunity to win a semi-final place. For them, their clash with Afghanistan was a must-win. Having tasted a defeat in a warm-up World Cup match, Sarfraz, wary of his opponents ‘ potential, was set to be more concentrated and determined.

Afghanistan team supporters would have loved to see Asghar Afghan, stay a little longer. He was bowled by Shadab Khan after displaying positive intent all the way with 42 off 35 balls and hitting two sixes. He wasn’t the only batsman today to throw it away as the final total of 227-9 was 20-30 below par in decent batting conditions.

The experienced Najibullah Zadran was the main guy in lifting his side to a sizeable total 184-6 after 40 overs. Joint top scorer with 42 off 54 runs with six fours, he ensured that Afghanistan remained competitive with the 200 coming in 44.3 overs.

Pakistan, especially Shaheen (4-47), managed to strike back with a wicket to arrest the initiative every time Afghanistan attempted to rise to the tempo. Start and stutter was Afghanistan’s theme as seven of its batsmen achieved double figures, but none was able to achieve the fifty mark.

Chasing targets has never been the power of Pakistan and the loss of Fakhar Zaman was an ideal beginning for Afghanistan in the first place. For the second wicket, a cozy 72-run stand gave no indication of what was in store. Mohammad Nabi, an off-spinner, initially caused a rash stroke from Imam-ul-Haq (36) to stump and then bowled Babar Azam (45) around his legs. A much talked about Pakistan wobble, for all to enjoy or endure, depending on which side of the fence you were sitting.

Both Mohammad Hafeez and Haris Sohail hung around in the middle order but were never persuasive. The run out of Skipper Sarfraz Ahmed – the sixth wicket to fall in the 39th over at 156 – further reinforced Afghanistan’s grip as Pakistan had a difficult run-chase of 71 runs in the last 10 overs. Imad, Shadab and Wahab Riaz’s lower-order trio, unbeaten 15 off 9 balls, completed Pakistan’s job with the entire audience standing up for Afghanistan to applaud their resilience and fight back.