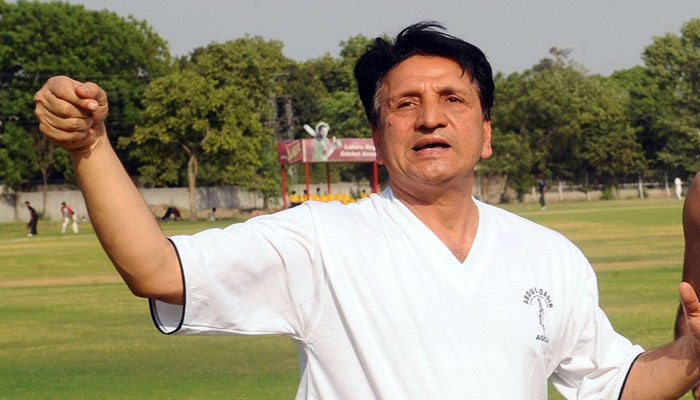 The Aussies are eager to finish on top of the stack and have not surrendered despite confirming their qualifying status a few days ago.

The match kick-started with two maiden overs from Colin de Grandhomme and Trent Boult. It was very difficult for the attacking Aussie opening duo to counter the new ball threat and never got going. Boult ended the struggle of Aaron Finch in the fifth over by trapping him in front of the stumps while Lockie Ferguson took David Warner off the first ball of his spell with a sharp short delivery.

Ferguson quickly picked up  Steve Smith courtesy a mind-boggling grab at leg-gully from Martin Guptill. Marcus Stoinis and Usman Khawaja kept ticking off with runs to navigate through the initial danger, and while Stoinis couldn’t stay for long, he made sure that Khawaja got going. With Jimmy Neesham dismissing him in the 22nd over, Glenn Maxwell failed again in the middle order.

Australia had just 92 runs on the board and looked in a very precarious position, but Alex Carey, the wicketkeeper-batsman, came up again. The 27-year-old performed some delightful cricketing shots to get going, and he and Khawaja’s partnership grew from strength to strength. Both batsmen finished their fifties in a few overs and their partnership was of 107 runs.

Carey was dismissed for 71 after playing a wonderful and aggressive knock and the Kiwis took control in the last few overs. Khawaja stuck around until the last over, just to become the first victim of the historic hat-trick of Trent Boult. Then Boult dismissed Starc and Behrendorff as the first New Zealander to pick up a World Cup hat-trick. Aussies finished for the loss of 9 wickets with 243 runs.

It wasn’t possible for Martin Guptill and Henry Nicholls to get going and they decided to go the cautious way. Unfortunately, their strategy turned out to be a little too cautious for the Kiwis, which ultimately destroyed their chances. Bowling brilliantly, Jason Behrendorff picked up Henry Nicholls for just eight.

Martin Guptill scored just 20 runs for 43 deliveries and was eventually dismissed by Behrendorff. With his fast bowling options, Aaron Finch went all-out, making Behrendorff bowl 9 overs in the first 20 overs. Just when Kane Williamson and Ross Taylor developed a partnership, he turned to Mitchell Starc and he immediately reciprocated.

Starc dismissed Williamson and it was a nightmare for the Kiwis in the middle from then on. They simply couldn’t get hold of the bowlers and struggled in the match. Boundaries disappeared, but at regular intervals, wickets kept tumbling. Steve Smith picked up his first ODI wicket in five years to dismiss Colin de Grandhomme for a first ball duck and the Kiwis just fell apart.

Starc was too hot to handle for Ish Sodhi and Lockie Ferguson, who gave up consecutive deliveries and while there was a possibility for a hat-trick, Boult defended the delivery. It didn’t take long to get the final wicket for the five-time champions as they sealed a brilliant 86-run win. In his glorious limited-overs career, Mitchell Starc finished another five-for to finish things off for the Aussies.