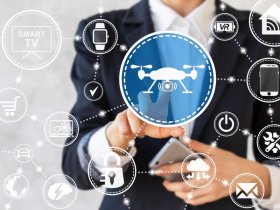 Things That You Should Consider When Buying Drones

Technology has advanced and infiltrated every aspect of our lives. While some people are skeptical of this rapid progress, there can be no denying that it has indeed simplified a lot of our routine tasks. Not only do these tools speed up daily activities, but they can also save us a lot of money too.

Technology can now save us a lot of trouble by helping us check the health of our car. The gadgets that help us do this are called OBD scanners. These small devices are attached to a car’s onboard diagnostic port (OBD-II port).

The OBD-II port is connected to several sensors in the car’s engine and is responsible for telling the driver of any malfunction. OBD scanners connect to mobile phone apps to give us a clearer picture of the car’s condition. This way we can save that trip to the mechanic unless it is really necessary.

Here are some of the best apps that help you keep track of your car’s health.

FIXD is one of the best apps in this genre. You buy their sensor and attach it to the cars OBD-II port. Download the FIXD app, and the scanner will link up to it wirelessly via Bluetooth. The scanner will then read the codes from the OBD port and send you updates about your car’s condition on your mobile device.

A car’s engine light can only tell the driver that there is some issue, but nothing about what or how severe this issue is. FIXD essentially functions as a translator for this light and lets you know exactly what the problem is.

It does so using color-coded messages, in a couple of lines that are conveyed to users in non-technical terms. This way, anyone can understand the problem without being an expert. It also tells you the estimated cost of repairs and the consequences of letting the problem persist. If you think the problem doesn’t warrant concern, you can turn the check engine light off using the app.

The app also sends push notifications reminding you to get the cars routine service done, as per the recommended schedule for your model.

Another convenient feature of the app is that it can sync to multiple sensors thus letting you check the health of all the cars in the house through one phone. These properties along with the app’s user-friendly interface make FIXD perfect for the average car owner.

FIXD app comes for free while the sensor can be bought for 60 US dollars from FIXD’s own site or sellers such as Amazon, Best Buy, etc.

Carista’s Bluetooth device works in much the same way as the FIXD’s sensor does. It too connects to the OBD-II port and the syncs with its phone app. This app gives you 3 options:

Carista’s adapter costs 20 US dollars. The app, on the other hand, is free for basic features, but for advanced service and customization options, you need to pay a weekly fee of 10 dollars or a yearly price of $40.

At this price point, this app is truly worth every penny. The only downside is that it only supports cars from a limited number of companies including Toyota, BMW, Lexus, Mini, Scion, Subaru, SEAT, Skoda, Volkswagen, or Audi.

The OBD Doctor Pro connects to an OBD-II scanner to give various details about your car, just like the other two apps. But what sets this app apart is that along with the basic diagnostic features, this app also lets you check the car from a performance aspect.

It records the car’s speed, the engine’s temperature, and pressure along with its RPM in real time. This tool helps those concerned with improving their car’s performance to understand how it can be done. The app can also be linked with GSP to give you details about time and distance traveled.

One common feature of all these apps is that they only work on gasoline-powered/hybrid car produced after 1996 as this was when the OBD-II port was added to cars. If you happen to have a car older than this, you should really consider selling it and opting for a newer model. This site will give you a free car valuation and a fair price for any vehicle you are looking to sell. 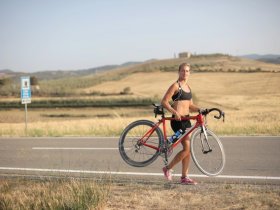 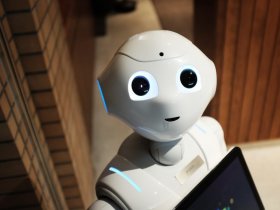