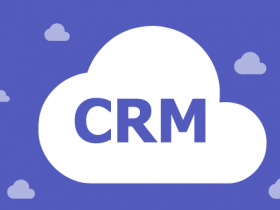 Speaking of which, Twitter and Facebook are two most prominent social networking sites in the world. Millions twits, post shares, likes, retweets, and other social signals are conducted in very fast pace. It is because most users use these sites to communicate with their friends and family, as well as entrepreneurs with their potential customers and partners. Many companies also engage with customers by sharing their promotion posts.

From 2005, there has been a significant increased number of people using the social networking for various purposes. The number will be changing over time. For instance, Facebook has over 900 million active users in the world. And over 110 million people use Twitter networking site on daily basis.

Social networking sites have been bringing advantages to the users, but also the downsides. Here we are going to share them with you.

One of the benefits of the social networking sites is that they allow you to keep in touch with your friends and family very easily. Distance and time won’t be a barrier anymore to make the communication with them.

You can also keep up to date on what’s happening with people surrounding you from the social networking sites notifications. The users can make new friends quickly, no matter where they are. It is also easy to find new friends who have the same interests as yours.

Social networking sites can also be a good distraction to kill the boredom, or just for refreshing your mind in a leisure time. Let’s admit it. Facebook comes as no.1 or no.2 site that you will open during a break from work, or when you wake up in the morning.

Social networking sites are also a portal of generic information about your interests. In Facebook news feed, for instance, you will see the news coming up from the politic figure you adore, release dates of your favorite movies, the latest news about the band you like, and the list goes on.

If the users are using social networking sites without discretions, they are probably exposed to several threats like frauds, scams, computer malware from dangerous links, identity theft, and so on. Folks can also waste their valuable time just by browsing the social media.  Many people in some parts of the world use the social networking sites as their main job. They will become more addicted to sharing the posts, update their status, and engage with other users in social media. This is very consumptive behavior and will decrease productivity if left unchanged.

Social networking sites have 2 sides of the coin. All in all, it is your liberty to weigh all the pros and cons of using social media.