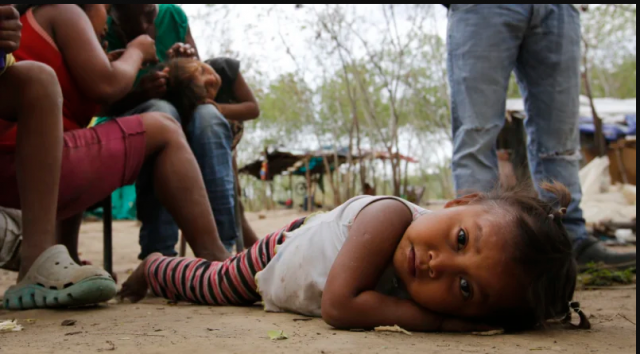 The United Nations said on Monday that more than two billion people lack access to healthy food, placing them at danger for severe health issues.

About one-quarter of the world’s population is now struggling to consume “secure, nutritious and adequate food,” according to the 2019 report of the United Nations State of Food Security and Nutrition. According to the annual research, this involves around eight percent of people in Europe and North America.

New information showed that there are now more obese people in the globe than hungry people-although it also highlighted that for the third year running in 2018 the number of hungry people increased.

The study said that hunger is rising in most areas of Africa, the Middle East, and in Latin America and the Caribbean.

In addition, financial shocks help prolong and aggravate the seriousness of food crises triggered mainly by conflict and climate shocks.

The study said in 2016 there were 822 million obese people, the latest year for which the statistics are available, while 796.5 million were undernourished.

“Obesity is out of control,” said FAO Director-General Jose Graziano da Silva. He compared the case to the early 1960s and 1970s Green Revolution when high-yielding crops, fertilizers, and irrigation helped stave off starvation in hungry areas of the globe.

The results demonstrate that governments need to pay more attention to various elements of food accessibility rather than focus on generating more, said FAO’s Graziano da Silva, who compiled the study with four other UN agencies.