Intel’s next-generation Xeon series decorated with 10nm Ice Lake and 14nm Cooper Lake chips have been revealed in a slide showcased by ASUS during an IoT seminar. The upcoming Xeon series is likely to launch in 2020, featuring a series of latest technologies along with a notable increase in the total number of cores and PCIe lanes compared to existing Xeon siblings.

The Intel 10nm Ice Lake and 14nm Cooper Lake would be debuting in 2020. The 14nm Cooper Lake Xeons would launch early in the second quarter of 2020 followed by the 10nm Xeon lineup in the third quarter. Both families of state of the art chips would coexist and we could observe the Cooper Lake family be more active and efficient in terms of clock speeds compared to Ice Lake Xeons due to its 14 nm architecture.

Intel Ice Lake-SP processors based on the 10nm architecture will be available in the third quarter of 2020. Intel’s resources revealed that the Ice Lake family would feature up to 28 cores but the one from ASUS’s slideshow reveals that it would actually feature up to 38 cores & 76 threads per socket.

The Cooper Lake Xeon family which is based on the 14nm+++ architecture, featuring 48 cores and 96 threads in a socketed layout. For comparison, the current Cascade Lake-SP family offers up to 28 cores in its socketed variants while the Cascade Lake-AP SKUs which come in BGA only, offer up to 56 cores and 112 threads with TDPs as high as 400W. 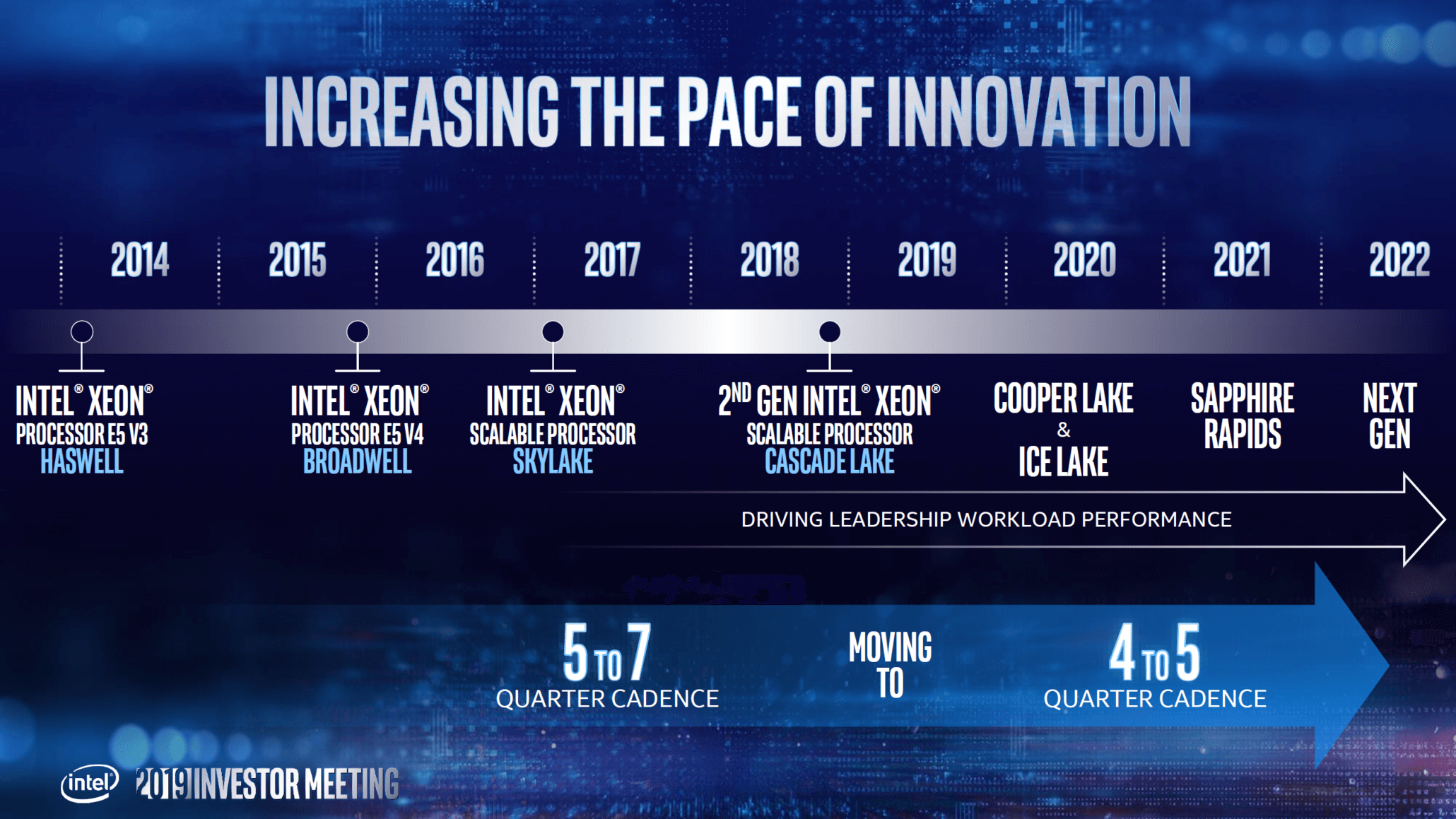 Intel’s Sapphire Rapids-SP and Granite Rapids-SP Xeon families for the Eagle Stream platform were also recently revealed and would introduce in the post 10nm era for Intel’s Xeon series, offering benchmark features such as PCIe 5.0 and DDR-5 memory along with the new Golden and Willow Cove cores.