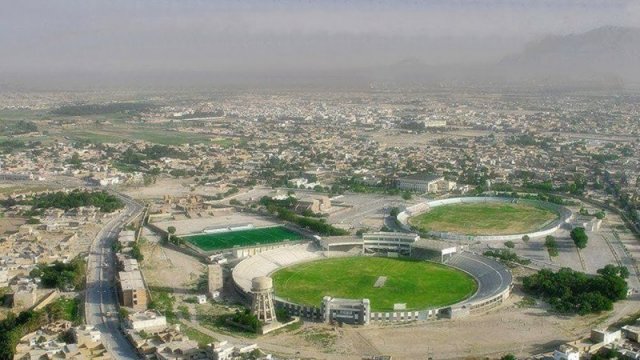 LAHORE: The Bugti Stadium will be hosting first-class cricket for the first time in 11 years after the almost-forgotten Quetta venue was included on Monday among nine centres across the country to stage 31 fixtures of the refurbished Quaid-e-Azam Trophy.

The Pakistan Cricket Board (PCB) has been aiming to revive the love for cricket all across Pakistan. An official close to PCB claims that soon Peshawar and Faisalabad will also host matches.

This information was shared by PCB through a press release, which stated:

“To create opportunities for fans in Quetta to witness top-quality cricket and promote the game in the region, the PCB will open the gates of the Bugti Stadium. The event trophy also landed in the provincial capital on Thursday to provide fans an up-close and personal experience with the prestigious silverware.”

The premier event under the new structure would start from Sept 14 and will be held in two phases before culminating with the five-day final that begins from Dec 9 at the National Stadium in Karachi between the top two teams on the points’ table.

“The red ball cricket will come to a halt to make window for T20 cricket. This is being done to provide the selectors with the opportunity to select in-form T20 players ahead of the crucial three-match series against Australia Down Under,” the media release stated.

The PCB has also decided to introduce, for the first time, a system of no-toss option while leaving the visiting team to decide whether they opt for batting or bowling.

Matches to be played in Bugti Stadium:

The Bugti Stadium will host Balochistan’s following four matches out of 31 of Quaid-e-Azam Trophy:

The last time Bugti Stadium hosted a first-class match was in October 2008 when Balochistan played against NWFP in the Pentangular Cup.