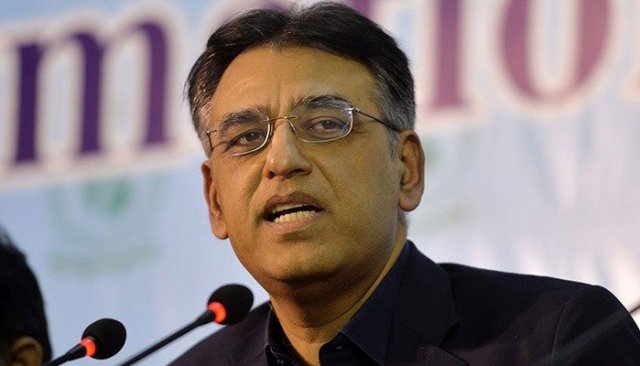 Finally, efforts to bring back the former Finance Minister in the Federal Cabinet seems to work out for the PM, as he gives green signal to appoint Asad Umer as Chairman for the Standing Committee on Finance.

PM Khan has directed Amir Dogar to handover the new responsibilities to Umer. As per the regulations, he will be nominated for the committee prior to the appointment of the chairman.

The former Finance Minister got affected by the reshuffling of the cabinet and was directed to step down from the ministry. Further, he was offered to hold the office for Petroleum Ministry, which he denied, adding that he does not want to hold any position. Thereafter, strong retaliation was recorded by his co-fellows.

Sound negotiations were going on with former minister to rejoin the cabinet. Premier also mentioned Umer as an asset, hinted his reunion. In a meeting with senior journalists, PM mentioned that he appoints honest and hardworking people when and from ever found. He added that performance is the utmost requirement, irrespective of the person being elected or unelected.