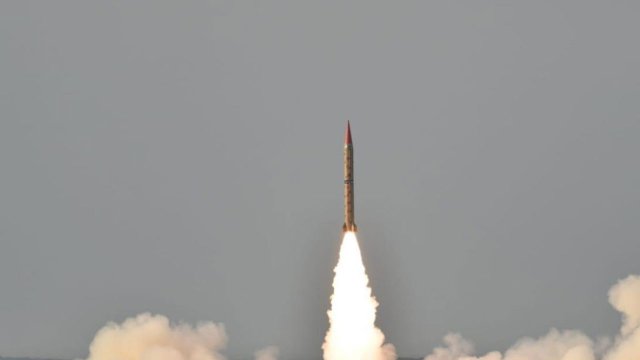 Pakistan has successfully launched its surface-to-surface ballistic missile Shaheen-II, according to the ISPR

Shaheen-II is capable of carrying both conventional and nuclear warheads up to a range of 1500 KMs. “Shaheen-II fully meets Pakistan’s strategic needs towards the maintenance of desired deterrence stability in the region,” the DG ISPR added.

The land-based supersonic guided ballistic missile is designed and developed by the National Defense Complex of Pakistan (NESCOM). The missile series is named after a falcon ‘Shaheen’ that lives in the mountains of Pakistan.