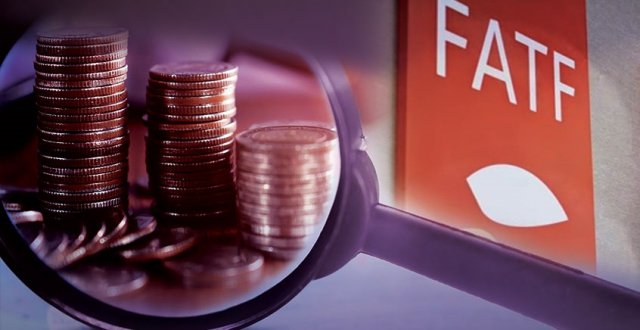 Pakistan’s Ministry of Finance has rejected Indian media reports accusing Pakistan of being blacklisted by the Asia-Pacific Group (APG), the regional affiliate of the Financial Action Task Force (FATF).

In the press release issued, the ministry said that media reports about Pakistan being blacklisted were “incorrect and baseless”.

Indian media on Friday reported that Pakistan had been placed on the blacklist, however, no official documents have been mentioned by the outlets.

“In line with APG’s Third Round Mutual Evaluation Procedures, Pakistan would be required to submit follow-up progress reports to APG on a quarterly basis,” the press release stated.

On her Twitter account, she said, “While there is denial from Pakistan Govt on the blacklisting by APG, Pakistan has been placed in the Enhanced Expedited Follow Up (EEFU) List which is the lowest rating and therefore means blacklist. Technically, even the #FATF doesn’t have the exact term “blacklist.”

A tweet is followed by an unauthorized attachment and so-called proof for Pakistan’s placement in Enhanced Expedited Follow Up, referring it to FATF’s unnamed and undeclared Blacklist category.

While there is denial from Pakistan Govt on the blacklisting by #APG, Pakistan has been placed in the Enhanced Expedited Follow Up (EEFU) List which is the lowest rating and therefore means blacklist.
Technically, even the #FATF doesn't have the exact term "blacklist" pic.twitter.com/ME1fJtZdSE

According to a statement issued by the APG today, the body’s annual meeting and annual technical assistance forum were conducted this week from August 18 till August 23. The APG members adopted six significant mutual evaluation reports for Pakistan, China, Chinese Taipei, Hong Kong, the Phillippines, and the Solomon Islands.

The statement, however, did not mention Pakistan or any other country’s placement on the blacklist.

The statement mentioned that reports were analyzed and discussed for two days and would be subject to a post-plenary quality and consistency review before being published in early October.

“The APG also adopted a number of follow-up reports for APG members and for joint APG/FATF members and also agreed on revised evaluation procedures for the coming year reflecting recent changes to global procedures,” the statement said.

Additionally, the APG members adopted a CFT Operational Plan as part of a global strategy to address the concerns related to terrorist financing.

“As part of this plan, the plenary agreed to undertake typologies and implementation project examining the financing and facilitation of foreign fighters and returnees.”

An official had explained that APG had carried out an assessment of Pakistan’s AML/CFT regime and developed an opinion on where Pakistan stood according to the FATF standards in October 2018. Notably, the progress that Pakistan made since October 2018 had not been considered in this report due to APG rules based on almost 40 special standards and benchmarks for determining a country’s ranking on money laundering and eight special recommendations on terror financing.

Therefore, the APG assessment of Pakistan’s third MER may not truly reflect Pakistan’s existing ground efforts that will be reviewed in the September 5 meeting to be held in Bangkok and then finally in Paris on October 18-23 to examine if Pakistan has delivered its 27-point action plan successfully, that is committed to the FATF standards to exit the grey list.

Pakistan is a member of the APG since 2000. APG is a regional body of Paris-based Financial Action Task Force (FATF), a money laundering and Terror financing watchdog of the United Nations that requires its members to undergo a mutual evaluation on the compliance of its AML/CFT standards according to FATF recommendations.