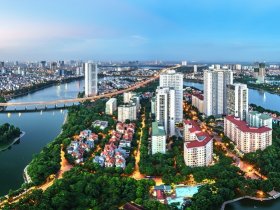 SARS-CoV-2, the novel coronavirus, has infected more than 7 million people worldwide. While the virus has taken more than 420,000 lives worldwide, nearly 4 million people have also completely recovered from it.

The scientific community is still puzzled over more than six months into the pandemic by the virus’ behavior that presents new surprises every time it is tested. One of the biggest mysteries is why SARS-CoV-2 barely affects some while it severely ills others. Any research may have some raw answers.

Health experts have told us so far that our physical health and immunity have essential roles to play in our ability to battle the virus. Those who are weak and have underlying medical conditions – such as diabetes, problems with the heart or lung, etc. – are more likely to develop severe symptoms once infected, they said. Then, we saw the very young and very healthy fall seriously ill and lose their battles against the disease in many cases.

Now, some studies find genetics can also play a key role in a person’s ability to remain protected from the virus. One such study is from the genetic-testing giant 23andMe Inc. that found differences in a gene that affects the blood type of a person can affect the susceptibility of a person to Covid-19.

The 23andMe research, launched in April, tried to use millions of profiles in its DNA database to shed some light on the role genetics play in Covid-19. Preliminary evidence from more than 750,000 research participants shows that the type of ‘O’ blood tends to be effective against the virus as opposed to all other forms of blood.

The findings revealed that people with ‘O’ blood type are between 9 and 18 percent less likely to have tested positive for Covid-19 than people with other blood types. 23andMe found that the blood type ‘O’ is equally protective for those exposed to the virus-healthcare and other front line staff.

“Links between Covid-19, blood clotting, and cardiovascular disease have also been reported,” said Adam Auton, lead researcher on the 23andMe study. “These studies gave some clues as to what genes may be important.”

The results echo other research suggesting a correlation between variations in the gene ABO and Covid-19. The research also found a strong link between the type of blood a person has and the intensity of their reaction to SARS-CoV-2.

Looking at the genes of more than 1,600 patients who suffered a respiratory failure in Italy and Spain, the study found that having type ‘A’ blood was related to a 50 percent increase in the risk that a patient will need a ventilator.

It is pertinent to note that similar results emerged in an earlier Chinese study regarding the susceptibility of a person to Covid-19.

Too early to make any conclusive results

Although the evidence is compelling, it may still be too early to draw any definitive conclusions regarding the type of blood that plays an important role in the susceptibility of a person to SARS-CoV-2.

“It’s early days; it may not be enough to find genetic associations, even with those sample sizes,” Auton said. “We ‘re not the only group that looks at this, and eventually the scientific community may need to pool its resources to really address issues concerning the genetic-19 ties.”

Plus, there was found to be no major difference in sensitivity between certain forms of blood. “Because the differences are fairly small, extremely large sample size is needed to explore differences across groups,” 23andMe said in their blog post announcing the findings of the study. 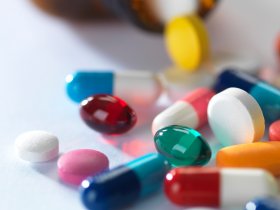 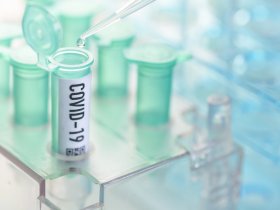 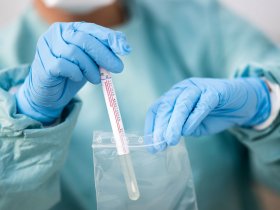 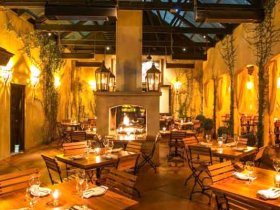