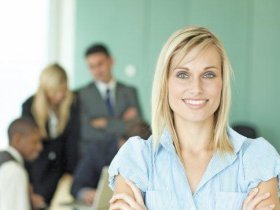 The main reasons behind the drop in profits were the decline in sales as volumes decreased by 54 percent due to higher prices, a 64.06-fold increase in finance costs, low gross margins, low demand in the country, and due to the parity of the Rupee / Dollar. It is worth mentioning that in the course of the year Honda had multiple times increased vehicle prices.

Disruption in the supply chain owing to Covid-19 may also have led to lower margins.

One of the worst slowdowns in decades is facing the automotive sector in the region, primarily due to contracting demand due to COVID-19 and poor customer feelings.

The company’s other income also fell by 51.30 percent in the year to Rs. 638 million compared to Rs. 1.31 billion in the same period last year due to a drop in new car bookings and short-term investments to manage the company’s liquidity position.

Financing costs increase significantly 64.06 fold to Rs 727.44 million compared to Rs 11.18 million. The unprecedented increase in the cost of finance was due to increased borrowing to meet higher demands for working capital at high-interest rates throughout the year. The business resorted to bank funding and the financial fees increased as a result.