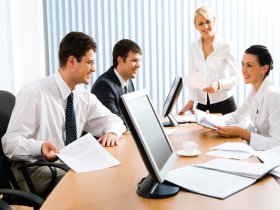 What Is A Holding Company and Where Is The Best Location?

In July-April 2020, Pakistan ‘s information technology sector received $35.1 million in Foreign Direct Investment (FDI) compared with $22.9 million in the corresponding period of the last fiscal year, an increase of around $12.2 million.

According to the State Bank of Pakistan (SBP), during July-April (2019-20) there were $35.1 million in inflows and $2.5 million in outflows in the information technology sector. During that time the net FDI stood at $32.6 million.

The overall communications sector (telecommunications, information technology, and postal & courier services) has reported net FDI of $510.3 million compared to negative $144.4 million during the same period last year. Inflows stood at $635.2 million over the period July-April 2019-20 with outflows at $124.9 million.

Net FDI in software development was $13.2 million, with inflows of $13.6 million and outflows of $0.5 million.

The Ministry of Information Technology and Telecommunications released old data stating that during July-March of the current financial year 2019-20, net FDI in the information and communications sector rose to $491.3 million compared to $113.7 million in the corresponding period of 2018-19.