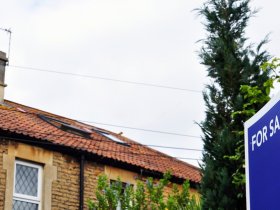 Buying An Old House? Get A Home Loan!

In the quarter of January to March, Gul Ahmed Textile Mills Ltd, one of the renowned clothing brands and exporters of various textile products, suffered huge losses of Rs. 452 million due to the lockdown in the local and export markets.

According to the financial results, the company made a profit of Rs. 654 million in the quarter of January to March of last year, against the huge losses it reported in recent months. The prevailing condition, however, hit the company’s companies, which eventually forced it to recently layoff its employees.

Because of the lockdown in line with the Covid-19 outbreak, the company is currently witnessing no manufacturing operation at the factories, while its financial capacity has also significantly weakened amid sluggish cash flows.

Recently, the company’s export orders have not been issued which also hit the company’s earnings in addition to the government’s planned refund yet to be received by the apparel producers which eventually crippled its financial position.

As a result of the termination of the production cycle and almost no local and export market earnings, the company was unable to maintain its profitability which is maintained during the first half of the 2019-20 financial year.

The company’s income declined 77 percent in the nine-month span of FY20 to Rs. 616 million compared to the previous financial year in which it stood at Rs. 2.7 billion.

The company recently retrenched 450 employees because of the financial crisis.

The business is unlikely to experience a respite in the near future as the economic downturn in its targeted local and export markets is prevalent.

Gul Ahmed Textile Limited is one of the company’s leading exporters with over half of its sales being driven by international markets. More than 1,000 employees are employed at the company.

The company’s management is seeking funding and help from the government to come out of the financial quagmire.