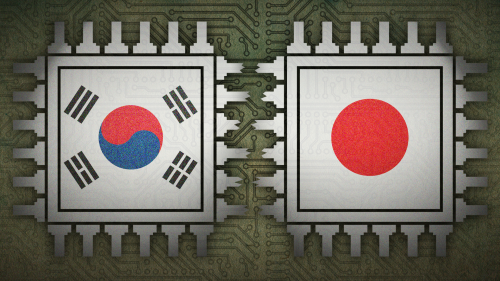 The battle between the Trump administration and the IRGC-led administration in Tehran is escalated in the recent past. It is more likely now that in the coming days, the conditions will become worst than ever.

Now, Iran seeks to escape from the aftermath of economic sanctions imposed by the US, by inducing seizure of tankers in the Strait of Hormuz.

Just a couple of weeks ago, Britain was demanding a European-led naval mission in the Gulf Sea, specifically the Strait of Hormuz. Now, it has joined what it claimed is a US-driven “international maritime security mission”, and Israel showing interest as well.

Relevant: UK and US to lead Maritime Security Mission in the Strait of Hormuz

A top Israeli expert has warned that Israel would be highly vulnerable if Iran continues to haunt in the World’s most strategic waterway, the Strait of Hormuz.

Prof. Shaul Chorev, a rear admiral (ret.), head of the Maritime Policy & Strategic Research Center at the University of Haifa, studied Yemen’s Iran-aligned Houthi rebel’s attack on two Saudi oil tankers in the Bab al-Mandab Strait, last year. That incident pushed Prime Minister of Israel, Benjamin Netanyahu to directly warn Tehran against its intentions to block the Strait, and promise that Israel and its concerned international allies would prevent this.

One-third of Israel’s international trade is with the East, Chorev found that billions of dollars’ worth of Israeli imports and exports pass through Bab al-Mandab, and Israel is, therefore, worried about the tensions in the Strait. In a recent strategic finding by his maritime research center, he urged that Israel establish an overall strategy to counter the threat by the help of a naval coalition with its Western allies that use trade through this region, or independently.

Israel doesn’t sail to the Strait of Hormuz, Chorev, a former navy commander of submarines and missile boats, stated in an interview given to The Times of Israel, although Foreign Minister Israel Katz reportedly showed keen interest that Israel is involved in a US-led naval mission to provide maritime security to the vessels that are vulnerable to Iran’s threat. It does, however, sail through Bab al-Mandab, said Chorev, “and we are vulnerable there.” Iran “can directly target us.”

Chorev, who served as the director-general of the Israel Atomic Energy Commission, also warned in an unstructured and lengthy interview that the UN’s nuclear watchdog, the International Atomic Energy Agency, is not capable of preventing any country from nuclear enrichment program, and if a nation is determined to achieve nuclear enrichment, will achieve it somehow, and that there is a high certainty of Iran already having a nuclear bomb.