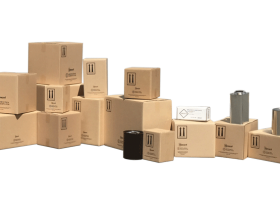 The Concept Of UN 4G Boxes and Their Uses

As per the latest announcement by the State Bank of Pakistan (SBP), all banks around the country have been authorized to buy and sell foreign currency from account holders and walk-in customers.

Revision in relevant chapters of Foreign Exchange Manual was issued by that SBP which discusses the said authorization in detail. SBP said in a statement that, “Such currencies or instruments may be freely purchased by the Authorized Dealers (banks) against payment in PKR. Authorized dealers may also purchase foreign currencies withdrawn by the account holders from their foreign currency accounts and from the walk-in-customers against payment in PKR subject to fulfillment of applicable AML/CFT regulations,”.

Although no comment was made by the SBP on the role or future business possibilities of the money exchangers, the movie itself is evidence that the SBP wishes the close this chapter. Banks were not allowed to deal in foreign currency earlier, but with the revised policy, money exchangers would definitely run out of business as banks are more easily accessible than money exchangers.

SBP has also placed a prerequisite to submitting a declaration to the customs authority, on foreign currency transactions above 10,000 USD or equivalent. Further, the banks are also advised to maintain a decent amount of foreign currencies to cater the public demand.

With the announcement, money exchangers expressed much resentment and Secretary-General Exchange Companies Association of Pakistan Zafar Paracha commented that “I personally know that some high officials in the government are willing to close down the exchange companies as they hold them responsible for financial indiscipline,”. He added that “But I must say that the general public will suffer since they easily buy foreign currencies from exchange companies and sell them without hurdles. Banks are unable to take care of millions of people for buying and selling of foreign currencies,”.

Despite the claims of the exchangers to provide free of cost foreign remittances as compared to bank remittances which charge Rs.12 to 14 per transaction, the alleged involvement of exchange companies in money laundering can also not be ignored. Earlier in 2016, Javed Khanani and Munaf Kalia (owners of Khanani and Kalia) were accused and arrested by FIA over charges of running parallel money transfer system, for purposes of transferring money out of the country through illegal hundi/hawala channels.

With the said decision, over 25,000 direct employees are likely to be affected.