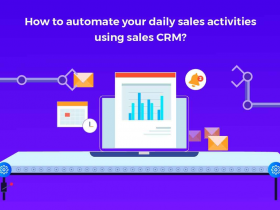 How to Automate your Daily Sales Activities using Sales CRM?

President Trump made an announcement on Saturday, 29 June that U.S. companies would once again be opened to trade with Huawei.

White House economic advisor Larry Kudlow confirmed that Huawei remains on the U.S. Entity List, but said the Commerce Department intends to grant more licenses to U.S. companies to allow them to do business with Huawei.
Kudlow said this wasn’t a “general amnesty” and that trading with Huawei was only being permitted in areas where no security risk was present.

Since Huawei is still on the so-called “Entity List” of companies that the U.S. Department of Commerce refrained from dealing with American entities. A formal decision has not been made yet, and the dialogues between the U.S. and China are ongoing. Trump also said that Huawei is still a security risk in the U.S. government’s view.
“Huawei is very much in play in terms of our country and in terms of intelligence and the intelligence community — we know a lot about Huawei — but I don’t want to mention that right now. I just think it’s inappropriate. We’re not making it other than what I told you… We’re going to save that for later.”

U.S. and China are apparently reaching a breakthrough in dialogues to resolve their trade war. The latest tariffs that are going to effect in the next days have been suspended, while China agreed upon buying more agricultural products from U.S. farmers.
“We had a very good meeting with President Xi of China, excellent, I would say excellent, as good as it was going to be,” Trump said. “We discussed a lot of things and we’re right back on track and we’ll see what happens.” He added.

Depending on how fast the U.S. government moves to lift the ban on Huawei, the company could be back in business in a few days. Even if the ban is fully lifted next week, its effect on Huawei and the broader industry would be long-lasting. The company said it’s 2019 revenue will be $30 billion below estimates due to the sanctions, and that’s exceptional from the damage cast on its a brand image. Huawei was near to beat Samsung in the smartphone market within the next year.

For owners of Huawei devices, the news came as a relief. Huawei committed it would bring Android Q to several high-end devices. If Huawei and Google can continue to work as before, users will be able to get their phones to continue to attain security and system updates.