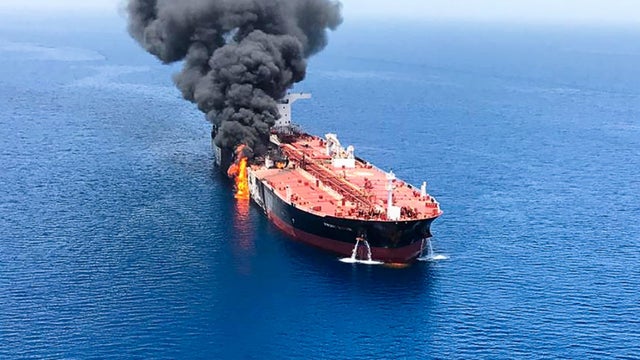 International Oil Prices to go up following the Gulf attack

In the recent statement by the US Secretary of the State Mike Pompeo, he claimed that the US intelligence agencies have conclusive evidence that Iran was behind the attack on two oil vessels in the Gulf of Oman.

The black and white pixelated video released by the US officials shows the rescue attempt by the Iranian Search and Rescue team to save the crew who abandoned the vessels after the attack. The video also shows the removal of the unexploded limpet mine from the hull of the vessel by the Iranian rescue crew. The US has also accused Iran of detaining the rescued crew members of the attacked vessel.

Iran has denied all the US allegations and referrers them as “ridiculous” and “dangerous”. Iran further explained that the rescued crew members were held to ascertain, whether it was safe for them to return to the damaged vessel or not. Iranian Foreign Minister Muhammad Javad Zarif claimed that “the US had immediately jumped to allegations against Iran without a shred of factual or circumstantial evidence”. He added that “the allegation only makes it abundantly clear that the US and its regional allies, Saudi Arabia and the United Arab Emirates, were moving to a (Plan B), which was to sabotage diplomacy as Japanese Prime Minister Shinzo Abe visited Iran to defuse escalating US-Iran frictions”

Early Thursday morning, two crude oil tankers, Kokuka Courageous from Japan and Front Altair from Norway were attacked by a suspected torpedo while they were leaving the Gulf of Oman. Soon after the attack, crude oil prices were adversely affected and a considerable raise was also witnessed.

The conditions between Iran and the US are continuously getting hostile. China has encouraged all sides to resolve the contention through dialogues, while the European Union called for “maximum restraint”. Russia, which has close if now and then stressed connects to Iran, cautioned against “hurried ends”.