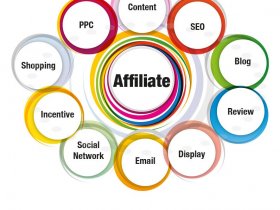 5 Effective Steps To Grow Your Business by Affiliate Advertising

The Ride Hailing giant Lyft finally lifts the hood off its financials. On Friday, the ride-hailing company made public its S-1 registration with the SEC.

Apart from the increased costs of marketing and insurance, the firm suffered an operating loss of 230 million USD which is comparatively better than the preceding year. Forecasted sales are anticipated to fall down in the second quarter sharply.

Lyft has been in a race with Uber to be first to offer its stock to the public and has positioned itself as the approachable alternative to its larger rival as Uber struggled with public relations setbacks.

The company has also increased its “revenue per active rider.” In March 2016, Lyft had 3.5 million active riders and generated 15.88 USD in revenue per rider. That has increased to 36.04 USD per rider in December 2018. The public backlash started against Uber in a campaign “#Delete Uber” also helped Lyft to boost revenue. The firm also seeks to launch a bike and scooter program which will attract more investments in the future.

The latest IPO is the first of its own kind. The rival Uber is also expected to go public later this year. The company has two classes of shares. Class A shares will carry one vote each, and Class B shares that will carry 20 shares a piece. A class shares are out for offers, whereas B class are only owned by the founders. By holding these shares, CEO Logan Green and President John Zimmer will be able to significantly influence any action requiring the approval of our stockholders,” including the election of board members, a merger, asset sales or other major corporate transactions.