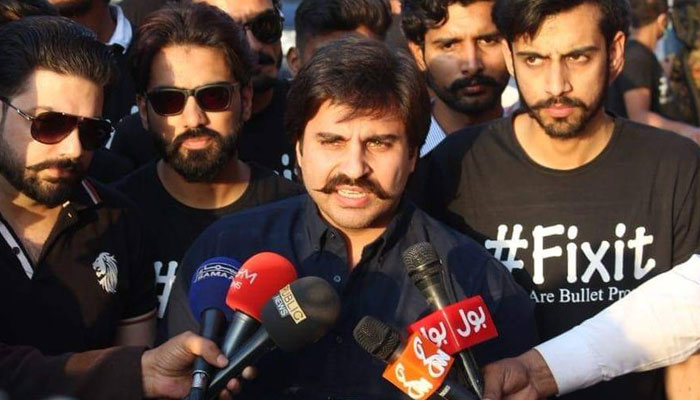 Sanna, who was recently fired from PTV reputedly for being a member of PTM posted on her social media “Pakistan Television Network has removed me from my work and the only reason is #PashtunTahafuzMovement, Being a professional journalist, I know my work can’t be tainted with political activities”

She said that the management had told her that they were helpless as the orders “had come from above”.

“@sanaejaz2 is one of the most eloquent, upright, level-headed young leaders you’d see today. Her voice is a voice of reason, compassion, and passion for justice. We must all stand with her #StopThreateningSannaEjaz” tweeted Columnist Mohammad Taqi.

Sanna Ejaz has reportedly lodged a complaint to CCPO Peshawar, which says that in case anything happens to her, the state institutions will be held responsible.

It is important to remember that Sanna Ejaz is an active member of the Pakhtun Tahafuz Movement (PTM), the movement which is seen to be controversial for its criticism of the Pakistan Army.