The underdogs, Bangladesh has announced their 15 Members Squad for Cricket World Cup starting next month. The selection committee of the Bangladesh Team has shown complete faith in the selected players.

Fans of Bangladesh Cricket has also shown satisfaction over the selected team and hoping to see great competition in the great arena.

The 15 Members Squad for the World Cup includes; 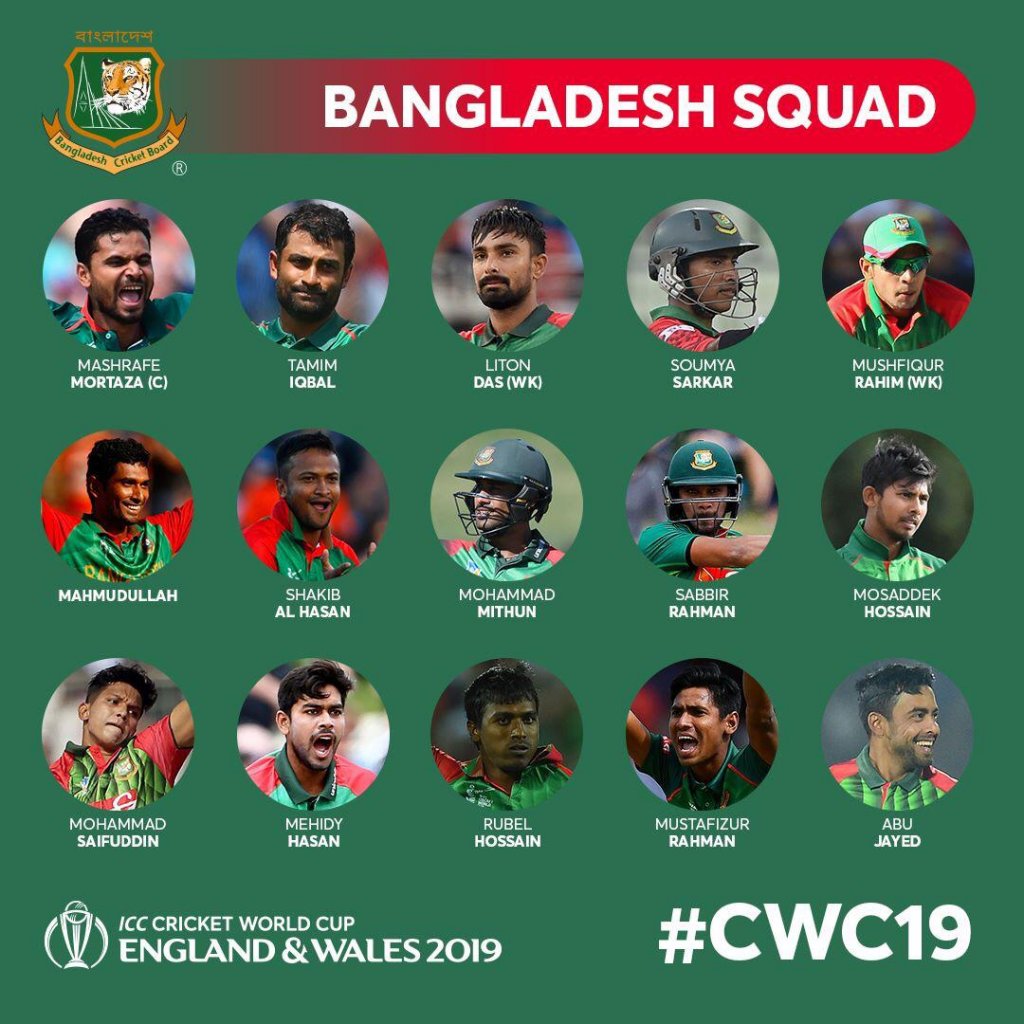 This surely looks like a balanced side for the ultimate ODI Competition. Bangladesh will play it’s first match against South Africa on Sunday 2nd June 2019.

Check out the World Cup Squad for Team Australia.