Apple as a fruit would not have been so famous as Apple Electronics. iPhone has become one of the most desirable electronic product all over the world. Each passing year has witnessed an addition in the number of fans that are swelling up the world of iPhones. The popularity of iPhones has given an ocean of opportunity to all the IT professionals who are looking forward to bring something new in the field of technology. 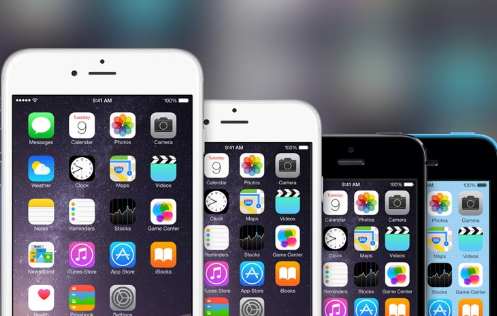 iOS mobile app development has seen a tremendous growth that has enticed the world of opportunities. iPhones have the most demand in the market after the android phones. To add to the quality and virtue of the apps we have the app stores flooding with some of the affirmative apps that add to the modesty of the iPhones.

With iPhones gracing the paths of technical fields we have the IT sectors booming with services and products that caters to one of the technical giants – iOS. This has given way to the ios mobile app designers and developers new hope and opportunity to showcase their talent. iOS mobile app development has gone through a lot of phases that has glorified its presence all over the world. This has given rise to companies who are more than willing to offer ios app development services. We have entered the year where the iPhone 7 and 7Plus has shown their presence. Let us ride through some of the facts, history and evolution of the iPhones over the years.

The dawn of 2007 was awakened by the birth of a smartphone that soon took the whole world for a ride. In the year 2007 the first iPhone was released and every year a new, updated iPhone entered the market with a huge anticipation among the iPhone fans. It all started with the 1st gen model followed by 3G, 3Gs, iPhone 4, iPhone 4S, iPhone 5, iPhone 5C, iPhone 5S, iPhone 6, iPhone 6 Plus, iPhone 6S, iPhone 6S Plus, iPhone 7 and iPhone 7 Plus were the latest addition to the iPhone family.

Did you know that Apple’s iPhone wasn’t the first name ?

Before Apple introduced the first smartphone, Cisco system had patented the name iPhone as iPhone Cisco. So far nearly 1 billion iPhones have been sold. So far 13 different models of iPhones have been released. There are millions of iPhone users around the world. 94% of the profit margin of the smartphone industry goes to Apple.

The newly added products in the iPhone family – iPhone 6 Plus, iPhone 6S Plus and iPhone 7 Plus have screen sizes that are 5.5 inches. Apart from the screen sizes, it has evolved in terms of system-on-chips, graphics, storage and even the color of the phone as well as the logo color. With each passing year the world awaits with baited breath to something that is more advanced and ravishing in nature.